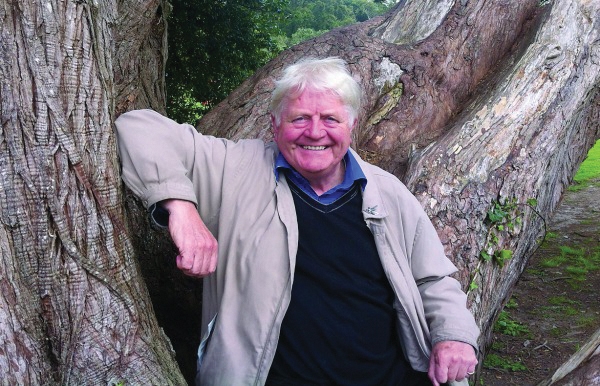 EACH generation of Irish children since the eighties has its own memories of artist and conservationist, Don Conroy – who is hosting a workshop at this year’s Tallafest on September 10.

Whether it was the mayhem of the Den, where, for 30 years, he worked alongside Ian Dempsey, Ray Darcy, Zig and Zag, Dustin and Socky, his TV series, the Art of Don, in the mid-noughties, or his regular drawing workshops in Dublin Zoo and in the nation’s schools, Don’s laid back and easy-to-follow approach to art has captured the imagination of thousands of kids.

Once a child had a paper and pencil they were good to go, with Don bringing art back to basics and captivating young audiences with the simplicity of drawing – and the stories he told while drawing.

“An RTE researcher was at my first exhibition of painting and he asked me if I’d like to go on the Late Late Show and talk with Gay Byrne…and that led to another show, more TV and then I ended up on Dempsey’s Den.

“I did live sketches on air and this went down well with viewers, so I was very lucky in so far as the public kept me going.”

He added: “I’ve also been very interested in wildlife and tried through my drawing to popularise nature with young people, encourage them to see the beauty in nature.

“I also worked on the principle that most people didn’t have fancy art supplies and paints at home and that all you needed was a pencil and paper.”

Still drawing every day, Don is also doing some acting work on a number of TV programmes such as Moon Boy and Roy and is also interested in poetry.

Don will visit Tallaght on September 10 to host a drawing workshop for all ages as part of community festival, Tallafest.
For more visit the Tallafest Facebook page or visit www.tallafest.ie