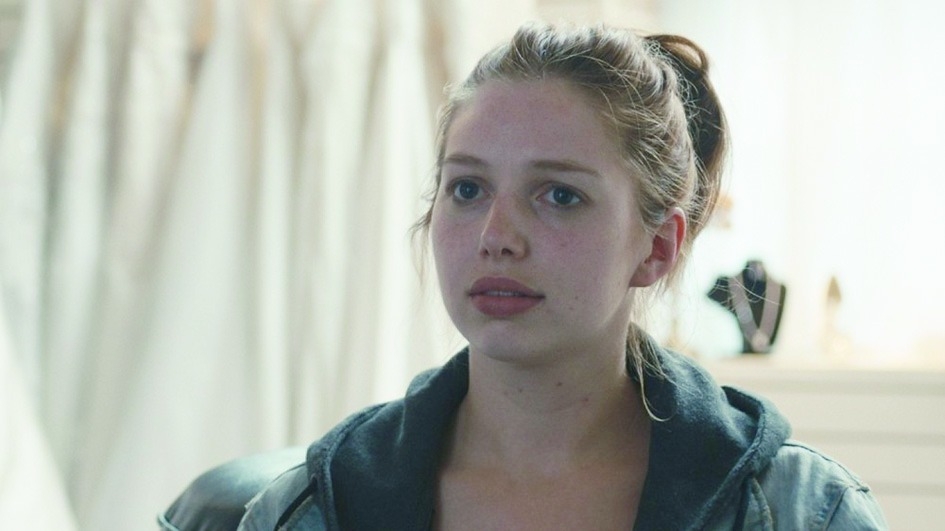 DESPITE being branded the ‘Irish Scarlett Johansson’, Tallaght actress Seana Kerslake was her usual down to earth self when she spoke with The Echo ahead of the general release of her latest film, ‘A Date for Mad Mary’ writes Mary Dennehy.

The hardworking 24-year-old has been receiving high praise for her role of ‘Mad’ Mary McArdle in the highly anticipated Irish film about a girl who, after a short spell in prison, returns home to Drogheda to discover that her best friend Charlene is getting married – and that she’s the maid of honour.

When Charlene refuses Mary a ‘plus one’ on the grounds that she probably couldn’t find a date, Mary becomes determined to prove her wrong – and so, the dating disasters begin.

“I knew when I read the script that this was going to be an amazing film”, Seana told The Echo this week.

“However, you’re never really sure how members of the audience are going to take it until it’s released but the early reviews have been really positive – it’s great that the film is being received well.

“What attracted me to this film and I think maybe is the reason why it’s going down well, is the largely female cast.

“I’d never read a script that was so predominantly female and that had women characters that were so dynamic, so well rounded – despite being written by two men and directed by a man!

“Mary’s character has so many different aspects and it was great for me as an actor trying to figure out who she was.”

“We were flat out for six weeks but everybody’s hard work has paid off and I’m really happy with result – even if it is a bit mad when I’m in The Square and see a sticker outside IMC [cinema] with my face on it!

“I really hope people go to see the film, firstly it’s a great modern Ireland story with a strong female cast that will make you laugh and cry and secondly, it gives people the opportunity to support Irish film.”

Described as a “tough and tender” story about friendship, first love and letting go of the glory days, A Date for Mad Mary, which, directed by Darren Thornton, had its Dublin premiere in the Lighthouse Cinema last week, is on general release this Friday, September 2.