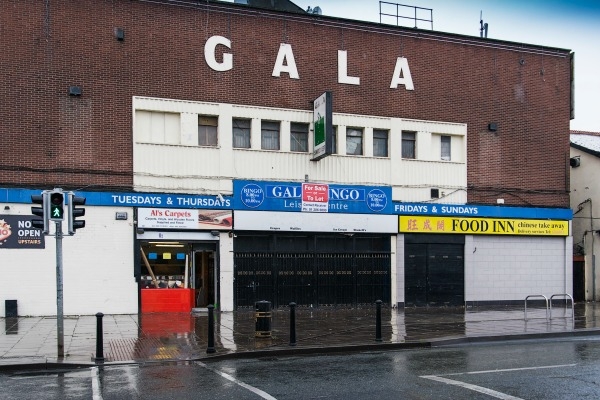 IT HAS been over two years since the Gala building in Ballyfermot went into receivership and with no sign of any movement or development, one local councilor has urged Dublin City Council to intervene.

Independent councillor Vincent Jackson is “not sure if serious efforts are being taken by the receiver to dispose of this important building.”

Jackson is urging the local authority to levy a derelict site tax to “push all concerned to move the redevelopment forward.”

In February 2014, receivers Tom Kavanagh of Kavanagh Fennell were appointed to the iconic Gala building – to be receiver and manager of all property, assets, rights and undertaking of Gala Leisure Centre Limited.

Kavanagh Fennell was subsequently bought out by brokers Deloitte during a surprise move later that year, with all of Kavanagh Fennell’s 53 employees joining Deloitte’s corporate finance department.

The Gala was operated by the Kearney family, and proved a popular haunt for locals ever since it opened as a cinema in 1955.

Over the years it became a dance hall, a roller rink and in more recent times, the building operated as a bingo hall and leisure centre.

Cllr Jackson said: “It is such a pivotal building, but it is not derelict at the moment. I believe if a place looks well, people are more likely to invest in the area. If any of the supermarkets wanted to move in – it’s a free market.

“I’m not sure DCC are as strategic in their development, and they can muddy the water sometimes.”

A spokesperson for Deloitte Corporate Finance declined to respond to The Echo at the time of going to print.