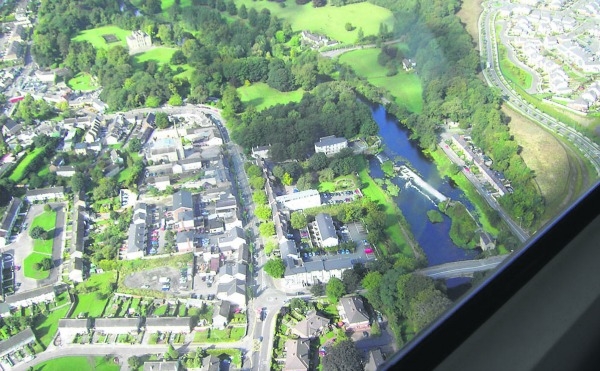 Welcome news for businesses and residents in Lucan village

PLANS under the Village Improvement Scheme are due to recommence, with works to be carried out on the North Main Street in Lucan Village.

News of the development has been welcomed by Fianna Fáil Councillor Ed O’Brien, who says improvements will include the replacement of “large stone pavings” and “resurfacing works around trees on Main Street.”

Confirmation of the works follow a question tabled by Cllr O’Brien that a new design for the village green will be presented to councillors this month for discussion.

Cllr O’Brien said: “South Dublin County Council has agreed to fund improvements to the Lucan Village area, particularly around the village green and the weir beside Lucan Bridge. Works have already been agreed for the weir area but plans for the village green were shelved due to flood risk associated with the design.

“I am delighted that the council have confirmed to me that a new design will be available later this month and I look forward to reviewing it.”

O’Brien, a solicitor based in the village, feels the “significance of the works will be felt by business and residents alike.”

He continued: “The village is a wonderful setting to do business in but also to visit socially and is incredibly scenic. I believe if we get the design right the village can ultimately be the centrepiece for historic heritage walks and a gateway into the beautiful Liffey Valley.”