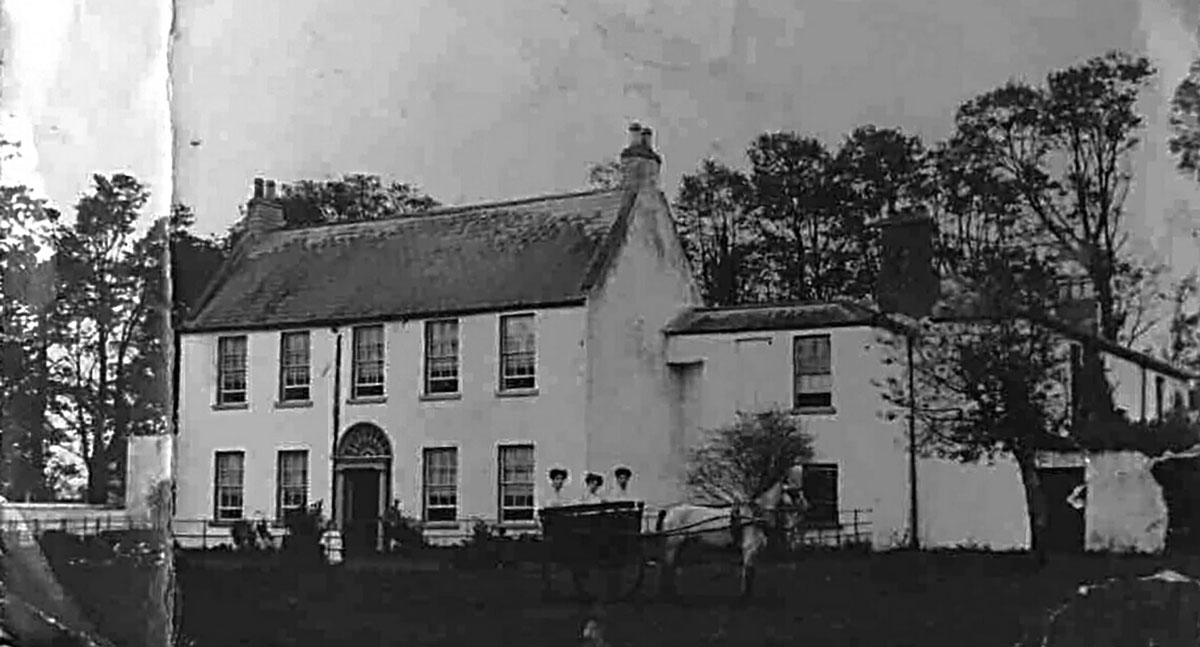 A DESCENDANT of the Dunn family, who occupied Kilnamanagh House from before 1750 up until 1969, is seeking help from locals who may hold information about the house, reports Hayden Moore.

Kilnamanagh House was demolished to make way for the development of the housing estate in 1974.

Adam Dunne is a native of London, England and he recently posted information online “out of desperation” to retrace his families roots.

He knows some information about the Dunn’s from Kilnamanagh but his family name, Dunne, was born as an act of rebellion during a rift in the family.

“My great-grandfather’s name is Richard Dunne, he and his brother and sister, Edward and Alice, would have come from wealth,” Adam tells The Echo.

“His father died in 1894 and his mother did shortly after, so they were left parentless.

“They were living in 34 Upper Dorset Street at the time and because the couple died young, the siblings were taken in by their family living in Kilnamanagh House.

“My great-grandfather was a bit of a tearaway though and let’s just say his aunt and uncle, Charles and Mary Dunn, weren’t too fond of his behaviour.

(Charles Dunn, owner of Kilnamanagh House with his sons Charles and Liam (last owners of the house)

“So, they bought him a ticket for an ocean liner which was going to Canada, gave him enough money and a golden pocket watch, and told him he wasn’t welcome back until he had grown up and become a man.

“As a result of being kicked out, Richard added an E to his surname as a way to separate himself from the family in Kilnamanagh.

“So instead of it being Dunn, it became Dunne and that’s why my name is spelt we the E.”

Richard did eventually return to Ireland, but he opted to start his life back home in Drogheda instead.

One day in the late 1920s, Richard’s sons Paddy and Benny decided that they would hop on their bicycles and set out for Kilnamanagh.

Only boys at the time, they left the Co Louth town.

After hours of pedalling and searching, they eventually came across large farmland located in between Clondalkin and Tallaght Village.

Just off Ballymount Lane, through the trees the boys could see a marvellous two-story house, five windows across surrounded by outhouses.

And so, the Dunne children from Drogheda spent the day with their cousins, the Dunn children of Kilnamanagh, before jumping back on their bikes and returning home.

Paddy Dunne, whose given name is Richard after his father, is Adam’s grandfather.

A paratrooper with the British airborne forces, Paddy settled down in the UK after the second World War.

Not too long after Paddy’s death two-years-ago, he left an address book and two photographs of their family to Adam – which sent him on a mission to retrace the steps of the Dunne’s and Kilnamanagh Dunn’s.

Now, Adam is hoping to retrace the Dunn arm of the family who owned the house up until 1969 when it was sold by brothers Charles and Liam.

“I know the house was inherited in 1750, that’s the earliest mention I could find of Kilnamanagh House in a hand-written family tree from the time,” Adam explains.

“Charles’s sons Charles and Liam were the last owners and they sold it to a lady in 1969, and it was demolished in 1974 then to make way for Kilnamanagh housing estate.

“I want to know more about Kilnamanagh House.

“If any locals from around Kilnamangh remembered anything at all about the house, I’d love to hear from them.”

The original Kilnamanagh estate stretched further towards Kingswood back in the day, and the large family house stood where Tynan Hall Park is today, at the corner of Sylvan Drive and Kingswood Avenue.

If anyone has any memories or information about Kilnamanagh House and the Dunn family who lived there, they can contact Adam on: silentforest83@yahoo.co.uk