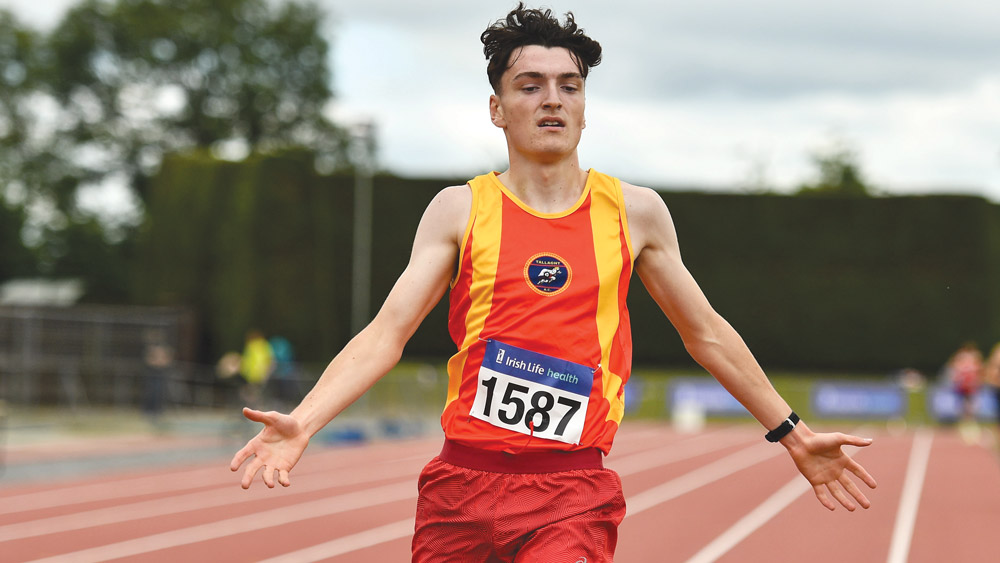 TALLAGHT Athletic Club’s Cormac Dixon stormed to victory in the Under 17 3000m Final at the National Juvenile Championships in Tullamore last weekend.

The young emerging middle-distance talent, who is due to depart for Slovakia on June 22 to represent Ireland in the European Youth Olympic Festival 3000m, was in dominant form, dictating the pace from the start.

And he maintained that early lead throughout the seven-and-a half-lap contest, crossing the line unopposed in a new personal best time of 8:40.42, which was almost six seconds faster than his previous best.

Others in action for Tallaght at the National Championships included Mason Mitchell, who finished fourth in the Under 12 60m and Abdullahi Adeleke who took sixth in the Under 14 80m.

David Aigboboh recorded a time of 11.46 on his way to third place in the Under 19 100m heats while younger brother Sean had to withdraw from the Under 18 100m final due to a pulled hamstring after having won his heat.