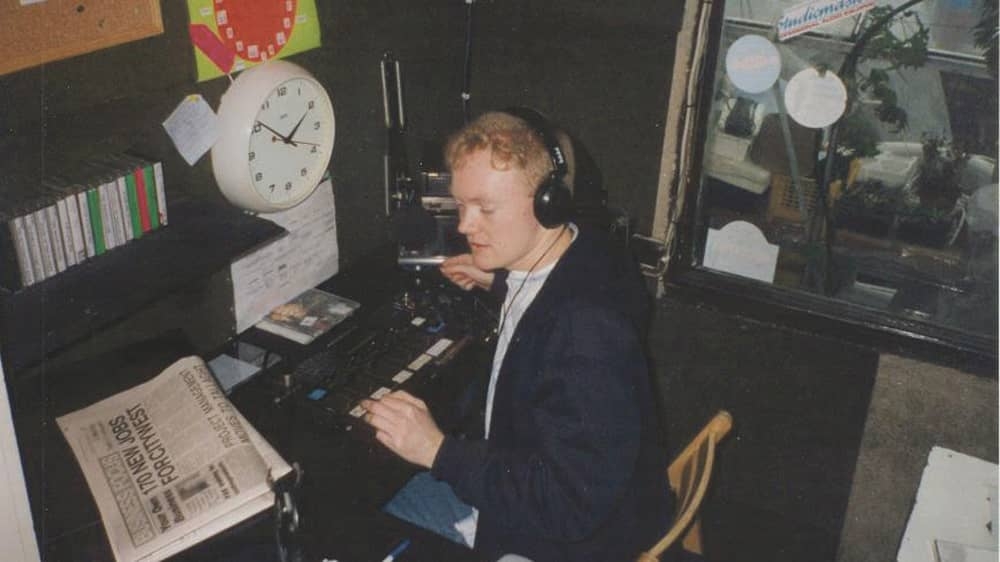 Do you remember Freedom 92FM?

A QUARTER of a century since it launched in a shed in Templeogue, Freedom 92FM is back and replaying music from the nineties and noughties.

A pirate radio station, Freedom broadcast from 1995 to 2003, when it was knocked off air following a series of raids on unlicensed stations, known as ‘Black Tuesday’.

Living in Templeogue, Simon Davis was in his mid-twenties when he co-founded Freedom with friends Ralph McGarry and Andy Walker.

Micing up in a shed in the back garden of Simon’s parent’s home, Freedom grew into a station manned by more than 20 DJs and presenters, who together broadcast current chart sounds, rock, dance and R n’ B.

According to an Echo article from the time, they also featured specialist music shows nightly on ‘greatest hits, soul, hardcore and ambient’ music, before wrapping up with an hour of love songs.

The sounds of the nineties and noughties are now back, after the original Freedom FM team reunited during lockdown to create an online station.

Ralph McGarry  on the show recently

Speaking with The Echo this week, Simon said: “We always ran Freedom as professionally as we could and had a great run of eight years until everyone was closed down.

“We had achieved what we wanted with the station at that stage, and it landed a good few people in media jobs – both on air and behind the scenes.”

He added: “Myself, Ralph and Andy have kept in contact and we were chatting over lockdown, and wondering what we were going to do.”

After putting a set list of nineties and noughties music together and uploading it online for people to stream, the lads wondered if getting some of the old DJs involved could work.

“It was kind of like getting the band back together”, Simon said.

“We now literally have everybody who was involved, back involved… 23 DJs and presenters and we’re broadcasting online from 8am to 1am.

“It’s a labour of love, a lockdown project…it’s not a commerical project, not to make money.

“We’re trying to run it as professionally as we can and it’s only available online.

“The relaunch is all about reliving your youth for people who grew up with nineties and noughties music.

“We have also found that there is an appetite for this type of music among all age groups.”

Alongside playing charts from the nineties and noughties, the online station is broadcasting specialist music each evening dedicated to rock, R&B and dance.

As the station is not commercial, it pays a small fee to IMRO for royalties.

All DJs and presenters, who are from right across South Dublin County, are broadcasting their shows remotely from home, which Simon believes highlights how valuable technology is these days.

Tune into Freedom 92FM HERE and follow them on social media.

The station is also available on some streaming platforms.