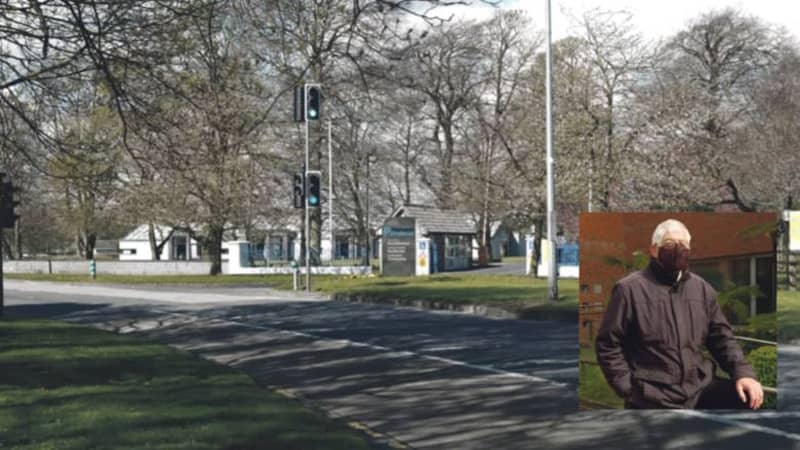 A COMMEMORATIVE stone in honour of Dr Noel Browne will be erected in proximity to Peamount Hospital, following a campaign by a local resident to have the former politician recognised.

Living in Kilnamanagh, James Dunne (76) approached South Dublin County Council in 2019 with a researched proposal on why Dr Browne, who passed away in 1997, should be commemorated in the county.

Minister for Health between 1948 and 1951, Noel Browne is associated with the eradication of tuberculosis (TB), which claimed the lives of thousands of Irish people in the first half of the 20th century.

One of Dr Browne’s key approaches to fighting the spread of tuberculosis were sanitoriums, hospitals on the outskirts of the city where patients could isolate and benefit from cleaner air.

Two of these TB hospitals were in the South Dublin County area, Crooksling in Brittas and Peamount in Newcastle.

In a checkered career, Dr Browne is also remembered as the Minister whose Mother and Child scheme caused the collapse of the 1948 – 1951 interparty government.

This progressive scheme, which aimed to provide free medical care for all mothers and children, faced severe criticism from politicians, the medical profession and the Church – ultimately resulting in Dr Browne’s resignation.

On Monday, there was unanimous support for a proposal put forward by the council’s Naming Infrastructure Committee to provide a commemorative stone honouring Dr Noel Browne on the grass verge in proximity to Peamount Hospital.

The stone will recognise Dr Browne, and the men and women who fought to eradicate TB.

Speaking with The Echo after the proposal was passed, James said: “When I was a child, I always heard my father talking about Noel Browne, and as I got older I continued to hear people talk of what a good man he was.

“This encouraged me to do some research into who he was… and I believe Noel Browne was way before his time, especially in terms of healthcare.

“He was a man who believed in equality for all people… and a man worthy [of being commemorated].”

James also spoke with The Echo about how residents living in South Dublin County can make a difference – after his proposal to commemorate Dr Browne was passed by the local authority.

“If you have an idea, go for it, stick your neck out there.

“It feels very good that the proposal was passed, but it never would have gotten off the ground without councillors Kieran Mahon, Charlie O’Connor and Mick Duff.”

Acknowledging James for his “perseverance” in securing a commemoration for Dr Browne, Cllr Mick Duff said: “Noel Browne would have been regarded by some as a guiding light in a time of darkness in this country, not only from a political point of view but medical – along with the many other people who helped to eradicate TB.”

Councillor Charlie O’Connor was aware of Noel Browne from an early age.

“I had an uncle who had TB, and died of TB, and he was a big supporter of what Noel Browne was trying to achieve for TB patients.

“When James came to us, I thought it was very fitting that Noel Browne was honoured.”

“Where Dr Noel Browne emerges in a unique way is on the political front – committing himself to the political fight to make medicine accessible and eradicate TB and the poverty that gave it such a grip, particularly on the urban poor”, Cllr Mahon said.