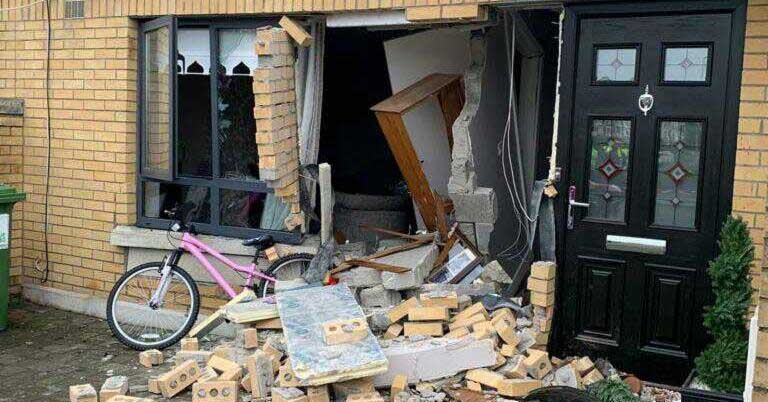 Gardai are investigating a traffic incident that occurred at a house in the St Aongus Road area of Castletymon, Tallaght, on Thursday.

The house suffered extensive damage after a female driver in her 30s collided into the front of the house at approximately 1.45pm on Thursday, according to An Garda Siochana.

The driver of the vehicle was taken to hospital as a precaution.

According to a Garda statement: “No other injuries were sustained in this incident. Investigations are continuing.”

Councillor Mick Duff confirmed to The Echo that alternative accommodation was found for the family.

South Dublin County Council were on site on Thursday managing the incident and securing the council-owned property.