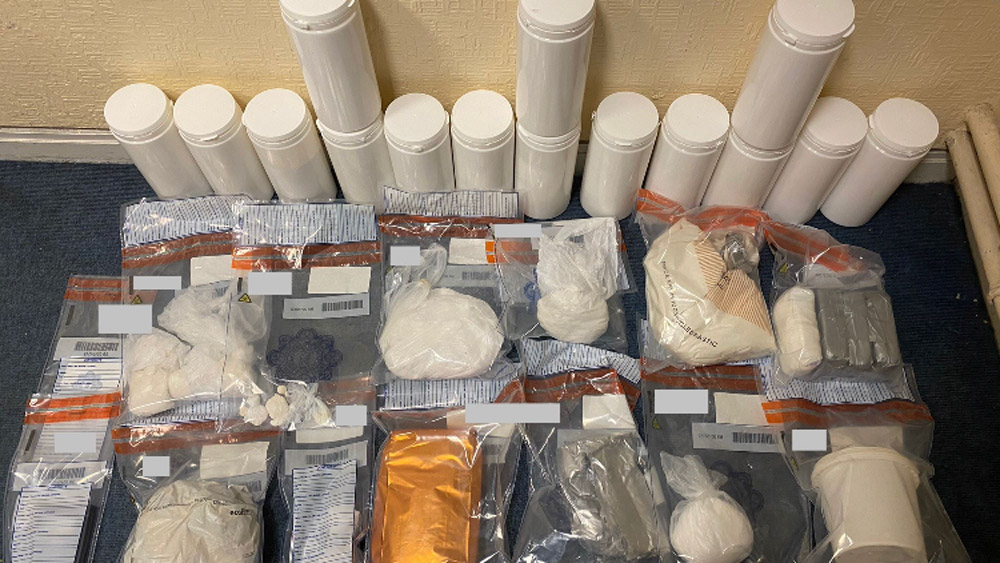 The drugs seized in Tallaght on Friday Pic An Garda Síochána

Drugs worth €334,000 were seized by gardai and a man arrested during a search operation in Tallaght on Friday.

A quantity of benzocaine was also discovered in a number of containers.

“Earlier this morning, Saturday, 19th November 2022, a man (30s) was arrested in connection with this seizure.”

The man is currently detained Under Section 2 of the Drug Trafficking Act 1996 at Tallaght Garda Station.