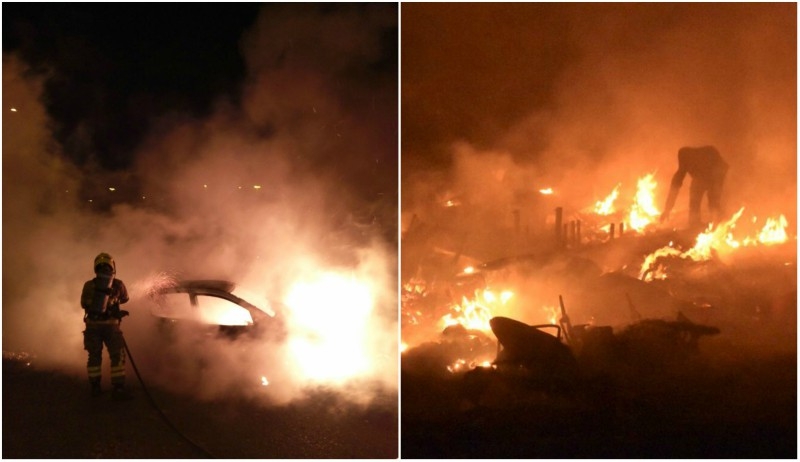 Dublin Fire Brigade responded to over 1,000 calls on Halloween

According to a spokesperson from Dublin Fire Brigade, they responded to 705 emergency calls between 9am and 11pm.

Overall, they received 1,120 calls yesterday, making it one of the busiest nights of the year.

A spokesperson told Echo.ie for Dublin Fire Brigade said that thankfully, no crew members were injured.

Locally, firefighters in Tallaght dealt with a car which was set alight beside a green space, and warned the public to never approach these types of fires as magnesium on the car makes these fires particularly risky.

Dublin Fire Brigade later confirmed that this car fire occurred in Kilnamanagh, with the green space being the playing pitch for Kilnamanagh AFC.

Tallaght fire stn (B Watch) dealing with a car fire on a green area. Magnesium is a danger with these fires, never approach #Dublin #fire pic.twitter.com/83dhdI96R8

We work closely with Gardai at all kinds of incidents, crews from Dolphin’s Barn stn here at a South Dublin fire #Dublin #fire pic.twitter.com/JMM32QCqYx

A photo taken in the Grangecastle area in Clondalkin shows the roaring remnants of a fire last night.

@DubFireBrigade a little photo I took tonight. Stay safe out there pic.twitter.com/lLHKpIDR0n

In Rathfarnham, Dublin Fire Brigade dealt with a fire on a roof after a firework landed on a house in the area.

We’ve dealt with a fire on a roof after a firework landed on a house in Rathfarnham #Dublin #fire #Halloween pic.twitter.com/pAaJqTznfQ

Units from Rathfarnham also dealt with a fire in Ticknock Forest near Sandyford.

Rathfarnham stn have dealt with a fire in Ticknock forest after reports of fireworks starting a fire there. Thanks to @coilltenews for help pic.twitter.com/eagoqLGH3c