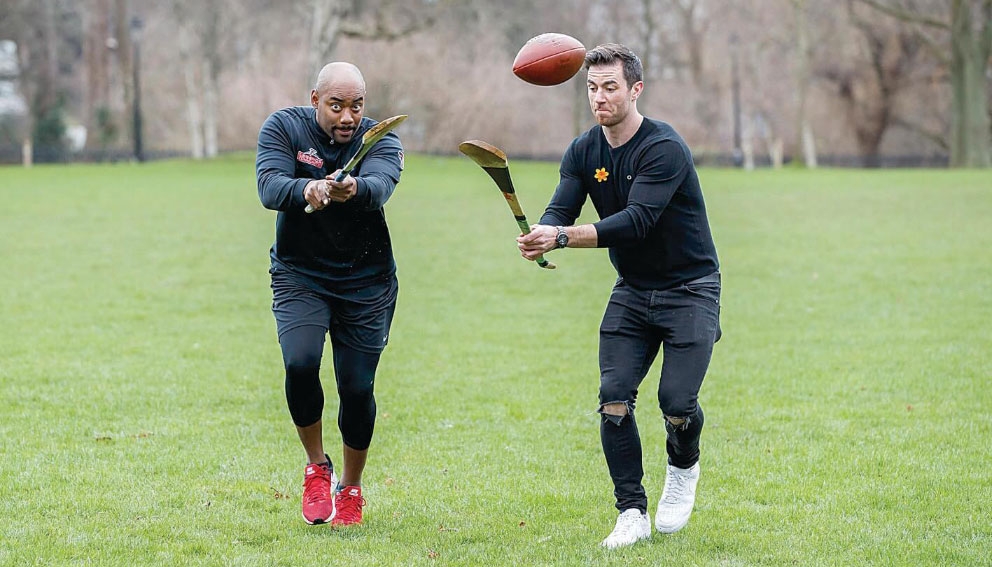 Dublin star lost mother to lung cancer when he was 12

The six-time All-Ireland winning footballer, who launched the awareness month with American football star Chris Draft, lost his mother Rosaleen to lung cancer when he was just 12.

“Mam was in and out of intensive care for the last two years of her life, and while I was aware of it, I was also just a young boy,” said Michael Darragh MacAuley.

“Looking back on that period, I can imagine how tough that must have been on my Dad. He was a GP, so obviously that level of knowledge helped in her care a lot, but the emotional and psychological toll on him must have been difficult.

"Twenty years ago, these weren’t things ever really talked about as much as they are now.”

The sports stars met in Dublin as part of the Irish Cancer Society’s Lung Cancer Awareness Month, and to raise awareness of lung cancer and highlight the supports that are available to lung cancer patients and their caregivers in Ireland.

Research commissioned by the Irish Cancer Society and led by Dublin City University showed a number of psychological and social needs of people with lung cancer and their families are not being met.

The Irish Cancer Society provides information, support and advice to patients and their loved ones on all aspects of the cancer journey.

Call the Cancer Nurseline on 1800 200 700 or drop into one of our 13 Daffodil Centres in hospitals nationwide if you have any questions. You can also find our booklets on coping with cancer for patients and loved ones on https://www.cancer.ie/publications#sthash.YsKzt0En.dpbs.