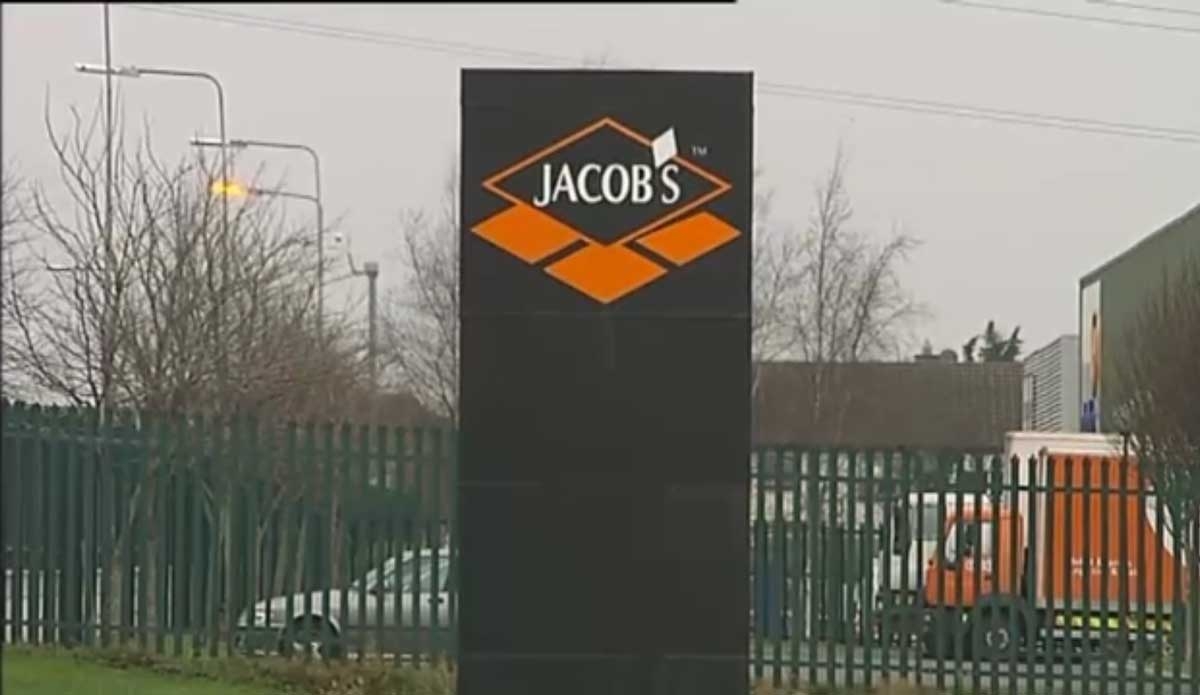 On this day in 2008: News broke of Jacob’s closure in Tallaght

ON THIS day in 2008 it was announced that Jacob’s biscuit factory in Tallaght was to close with the loss of more than 200 jobs.

On 25 January 2008, RTE visited the Belgard Road plant to speak with workers who were left ‘shocked and angry’ following an announcement by the Jacob Fruitfield Food Group that the factory was to close.

The manufacture of biscuits was, according to the report, being contracted out to companies in Britain and Europe.

Jacob’s had been manufacturing biscuits in Dublin for more than 100 years, and had moved its operations from the city centre to Tallaght in the seventies.

In this RTE report, the news was described as “very, very sad”, with concerns around finding new jobs raised by workers – especially during a recession.

According to one worker: “In this climate, working in manufacturing, what do you do?”

Although the plant was under performing, according to the RTE news report, the timing of the announcement came as a surprise to unions.

All images courtesy of RTE Archives

Joe Byrne, shop steward with the Unite Trade Union, said: “We are, and everybody on the site, is shocked and utterly dismayed at the breaking news that the site is going to go into wind-down at this moment in time.”

According to the report, the Jacob-Fruitfield group was to make €10m available for redundancies and the retraining of employees affected by the closure.

RTE reporter Paul Maguire said at the time that 120 people would continue to be employed in sales and administration.