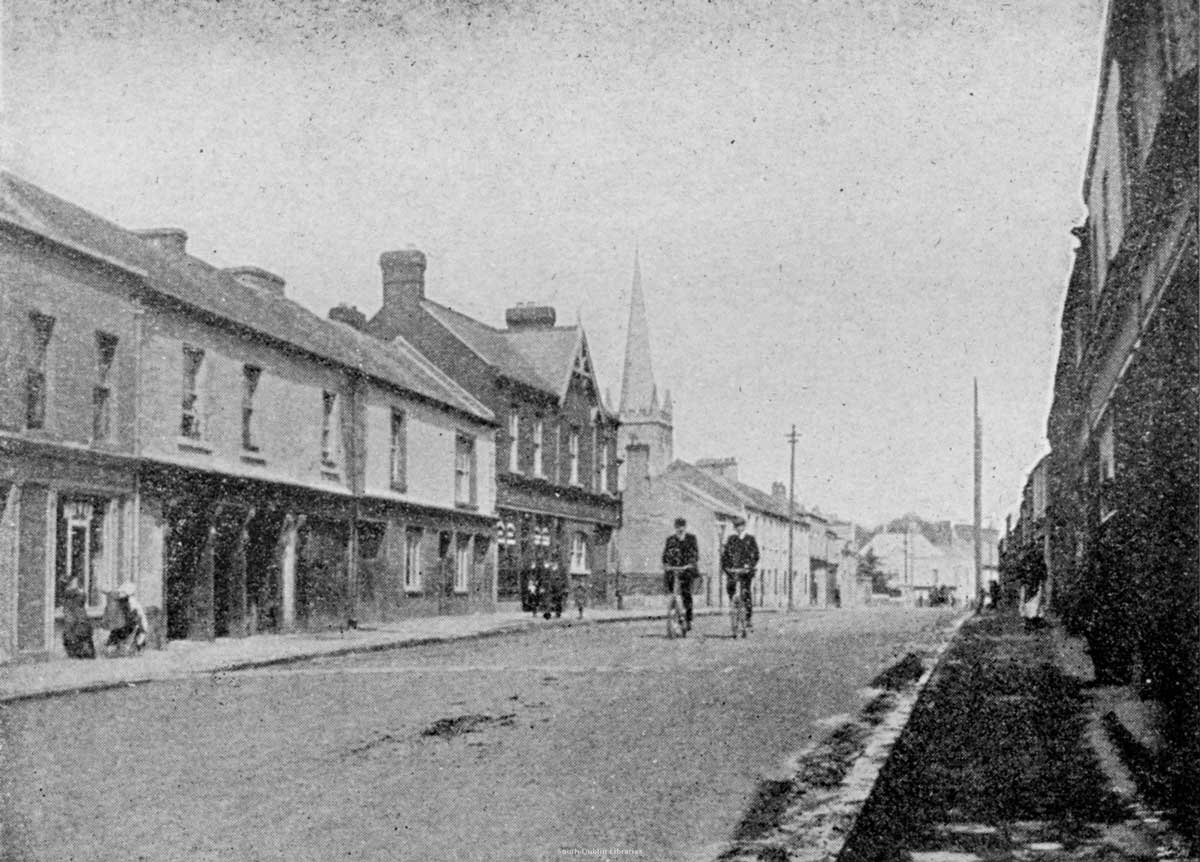 This week we are focussing on an area a bit closer to home.

We have walked back down Custom House Quay, Eden Quay, turned right and crossed over O’ Connell Bridge to our bus stop on D’Olier Street.

We will be hopping on a 16 bus to the destination of this weeks piece, Rathfarnham.

It is reputed that Rathfarnham began life as an inhabited demesne sometime around 1199, when the Anglo-Norman invasion occurred.

The name comes from the Irish Rath Fearnáin, which is English translates to ‘The Fort of Fearnáin’.

While the name denotes the presence of a fort in the area, to date no evidence has been found of such a structure in Dublin 16.

It was around this time the lands were granted to a Milo le Bret.

Whilst little is officially known about the man – little exists in the records relating to him – given the origins of his surname, and the time the lands were placed into his possession, it is safe to say that this gentleman was a member of the Norman aristocracy in Ireland at the time.

Indeed, there is an apartment complex just off the Grange Road named after him too.

One of the most striking buildings in the area is without a doubt Rathfarnham Castle.

This large dwelling which was previously home to many very wealthy people in the past was discussed in great detail in a previous issue of Rewind, so we will move on.

For many years as I passed by Templeogue Village on a 49 bus I often wondered how Ashfield College got it’s name, as there was nowhere within it’s immediate vicinity that contained the Ashfield name.

Upon researching for this piece I finally found out how that education establishment – now located in Dundrum – got it’s name.

It turns out there was another fine house in the Rathfarnham area besides Rathfarnham Castle and St Enda’s just off the Grange Road; Ashfield House.

It is also known as Brookvale House, and it is rather hidden, surrounded by houses on Brookvale Road about halfway between Rathfarnham Village and the Rathfarnham Road-Dodder Park Road junction.

The house is said to have been built around 1800 and is the two story over basement style that was favoured by many wealthy people at the time.

One of the most famous residents was the MP William-Cusack Smith.

This gentleman served as MP for Lanesboro in Longford and later represented part of County Donegal.

He became Solicitor-General for Ireland in 1800, and a year later he also took on the equally prestigious role as Baron of the Exchequer.

As I covered in greater detail in an earlier column, this person was the head of the court that dealt with litigious matters surrounding financial issues.

The role was later rescinded when the High Court came into being in 1878.

‘The Court of the Petty Sessions’

In 1912 a Courthouse known as “The Court of the Petty Sessions” was opened on Main Street, in the heart of Rathfarnham Village.

It would be here that incidents such as shoplifting, drunken fights, breaking and entering of commercial premises and the like would be heard.

The building operated as a courthouse as recently as 1977, when it was then transferred to the old boys school on Willowbrook Road (the road that runs alongside the Yellow House pub), when a new school was opened up around the corner.

This also ceased to be a courts building when the bigger and better equipped Tallaght District Court was opened, and all cases that were previously heard in the Willowbrook Road premises, were now transferred to the new facility just off the Old Bawn Road.

Among the many people of note who resided in Rathfarnham (a number of them previously written about in the column on Rathfarnham Castle), one of the most famous was Eoin MacNeill, who is known by many as the man who tried to scupper The Easter Rising.

He was in fact born in County Antrim in 1867, but 21 years later he found himself in the Irish capital after securing a job as a Junior Clerk in the Account General Office that was attached to the Law Courts in he city.

5 years later he would take up the voluntary position of ‘Secretary of the Gaelic League’, and he would remain in the position for four years before stress led to him stepping down from the role.

Two years later he was to take on the role of the League’s magazine An Claideamh Soluis.

It was also MacNeil who officially nominated Patrick Pearse for a position on The Gaelic League’s Executive.

In 1913 he wrote a famous article entitled “The North Began” and the sentiments expressed in it lead to people meeting up in the round room of The Rotunda Hospital to form what became known as The Irish Volunteers.

When in 1916 a mole got word to him of the planned Rising against British Occupation in Ireland, he famously put the advertisement in the Sunday Independent that officially cancelled it.

Thus when the actual Rising took place, there was only a portion of he numbers Pearse and Connolly had expected to take arms.

Who knows what might had happened had every Volunteer gone out on ‘active service’ on that Sunday?

With lots of lovely Café’s and public houses in the area, as well as the fine surrounds of Rathfarnham Castle and St. Enda’s, Rathfarnham is a great place to take a stroll on a warm summers day.