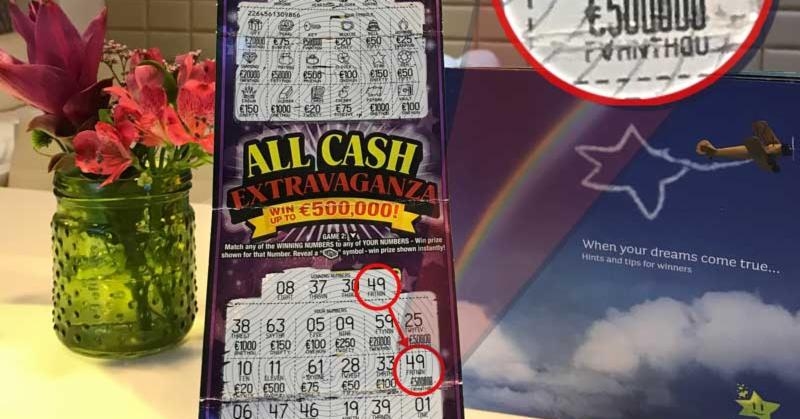 A TALLAGHT mother hopes to fulfil her dream of buying her own home after winning a massive €500,000 on a National Lottery Scratch Card.

The delighted mother, who is currently renting, held back tears today when she spoke of her plans to buy her own home, after she purchased a winning scratch card in the Mace Maxol shop in Templeogue Village last Tuesday.

The mother who is currently renting held back tears today (pic: National Lottery)

According to the National Lottery, the overjoyed mother said she never thought she would see the day when she would be in a position to secure her future, and that of her children, by owning her own home.

“I bought it on the way to visit a friend and scratched the card there,” the mother said.

“I thought surely this is only €5,000. I went out to my car and rang my boyfriend to tell him.

“I locked myself into the car for ages trying to let the news sink in.”

She added: “I presumed a house was always going to be out of my reach.

“This changes everything. I will see if I can buy the house that I am renting.”

Speaking in the National Lottery Winner’s Room the delighted mother said the day before she bought the winning scratch card that she told her dad she was going to win big on the Lotto.

“I just had this feeling that this was my time,” she said.

“It still hasn’t fully sunk in.”

The Tallaght mother was speaking in National Lotto HQ today, Friday, January 25, when she was one of two winners who claimed €500,000 each.