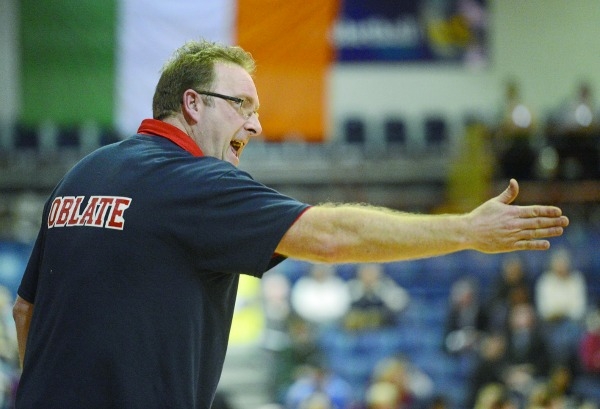 Dynamos fail to ignite in rehearsal for final

OBLATE Dynamos coach Terry Staunton insists his players will perform far better in this weekend’s National Senior Women’s Cup Final against NUIG Mystics than they did in their dress rehearsal against the Galway side on Sunday in Inchicore.

The Drimnagh team slumped to an 81-30 point defeat at the hands of the runaway Division One leaders, who are hotly tipped to win every honour open to them this season.

While some might suspect that Dynamos were not giving too much away a week ahead of the cup final, Staunton was adamant that they did go out fully with the intention to take the points, but that his players were rocked by NUIG’s blistering start.

“It was like a death in the family when we were in the dressing room after the game” he told The Echo.
“A couple of people came up to me and said they thought we were holding back, that we were playing our cards close to our chest, but it wasn’t like that.

“We were 24-4 down after the first quarter and the heads just dropped.

“I tried my best to build them up and say to them to try and win each of the next three quarters, but they were so distraught after the first, it was like they’d already lost the cup final. It was our heaviest loss ever.”

Regardless of last weekend’s result, Dynamos are complete underdogs heading into the decider.
“It will be the biggest upset ever if we pull it off” insisted Staunton.

“We’ll have to have our best day ever both on defence and offense, but everybody will play better that’s for sure.

“They’ve [NUIG] averaged 80 points a game so putting 81 on us was just another normal day for them, but us hitting only 30 was very unusual for us and that’s what made it a 50-point game.

“When we played them before they had again put 81 on us but we hit 68, so when you look at it like that, it is doable. It’s just a matter of getting the girls to focus on that game and not last weekend.

“They [NUIG] have probably the best starting five even by Premier standards but we’ll want to make them go to their bench.

“There’s no pressure on us. Everyone is expecting it to be another 40 or 50-point hiding, but if we can stay in it by halftime it could give us the confidence to kick on.

“I’ve coached teams before where we’ve beaten teams by 50 or 60 points at the start of the season and then lost to them when we met again.

“It’s a funny old game. This will be a cup final. It’s in the Arena and anything can happen” he said.