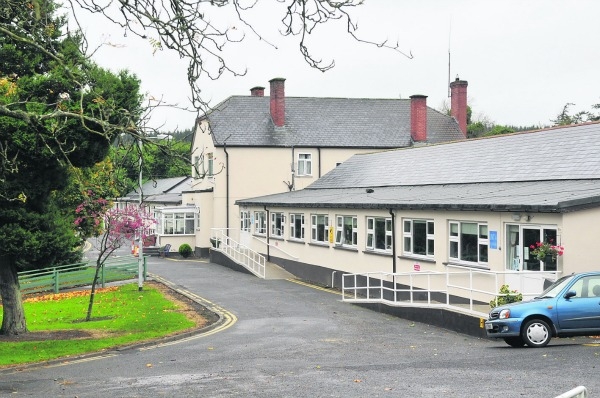 THE HSE plans to fill more than half of the 100 beds promised for a new state-of-the art community care centre in Tallaght by closing another nursing home, St Brigid’s in Crooksling.

In its Capital Programme for Nursing Homes published this week, the HSE states that it plans to close the 56 beds in St Brigid’s, moving residents to the new 100-bed community nursing unit and day-care centre planned for Tymon North.

The Tymon North development, which is expected to be completed by 2020, proved controversial in recent months, with one side of the argument concerned over the size of the development and its impact on nearby housing estates while the other side welcomed jobs and the arrival of care facilities for older residents – and an additional 100 beds in the community.

However, this week people from both sides have been unanimous in slating the HSE over its decision to close St Brigid’s in Crooksling which, opened for more than 80 years, is located on a 26-acre site in Brittas that, with development, could cater for up to 400 people.

A full-scale campaign to save Crooksling has been ongoing for a number of years, and supporters and family members are this week “appalled” by the HSE’s decision.

The site in Tymon North

Independent councillor Deirdre O’Donovan said: “This goes against everything family members have been told, and despite the HSE spending almost €1 million on upgrades [at Crooksling] in the past 12 months alone.

“My granny is 95 and a resident and she won’t survive this kind of upheaval, but for the HSE to make this kind of decision, and to fail to notify patients or their families, and for it to be released on social media is disgusting and cowardly.

“Crooksling is 10 mins from one of the busiest hospitals [Tallaght] in the country, which is unable to cope with the massive number of older patients that can’t secure nursing home beds and instead of developing the Crooksling site as a centre of excellence for the elderly, they are going to shut it down.”

Tallaght Fianna Fáil councillor Charlie O’Connor, who supported the Tymon North nursing home development, told The Echo: “I am shocked and appalled that the HSE plans to close Crooksling and move residents to Tymon North.

“Firstly, I have over the years been a supporter of Crooksling and the campaign to save it.

“Secondly, I won’t deny that I was a strong supporter of the nursing home development in Tymon North, because I believed it would bring much-needed nursing home facilities and beds into the community.

“However, that was all a farce. The HSE is closing existing beds and facilities and moving them to Tymon North, which means the 100 new beds we all thought were coming is really only 44 – and we lose Crooksling in the process.

“It doesn’t make any sense when we need step-down services for older people and I’m really annoyed that the HSE did not inform local representatives of its plan.”

Anti-Austerity Alliance councillor Mick Murphy, who is an active supporter of the Crooksling Action Group, said that the current buildings at Crooksling can accommodate 160 patients and, according to the action group’s proposal, the entire site, if developed, could cater for up to 400 people.

Cllr Murphy said: “However, they are proposing to close Crooksling and move everyone into a single huge building plonked on a two-acre site at Tymon North with a “roof garden” that can only accommodate 100 people.”

The Echo put a number of questions to the HSE but a reply was not received in time for print.