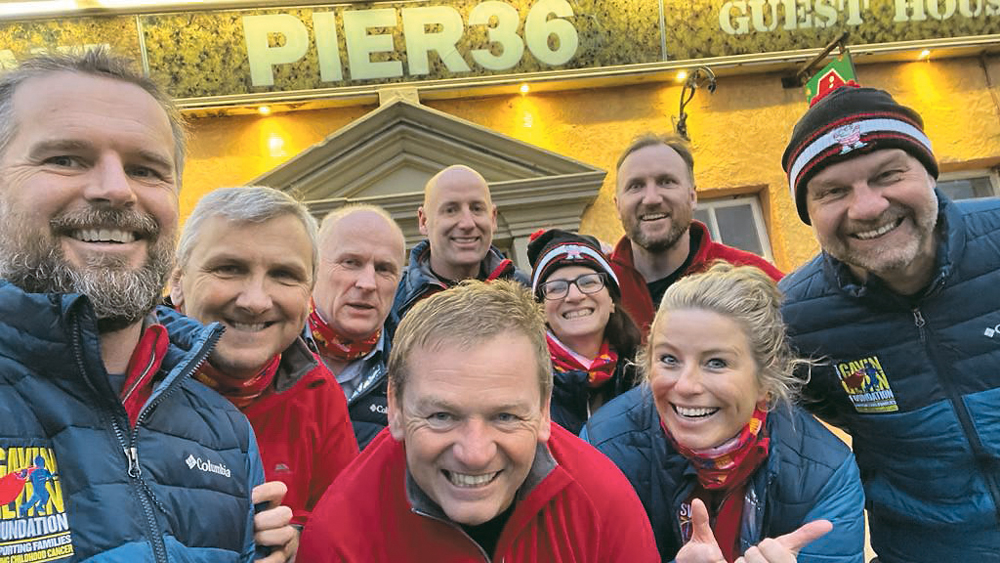 €40k raised by Vincent and team in extreme winter swim

Vincent Donegan, 50, who lives in Kingswood and is a fire officer in Tallaght Fire Station, embarked on the swim on Friday morning as part of a rotation of five other swimmers called Team Walrus.

The other members of Team Walrus, Declan Bradshaw, Dave Berry, Colm Morris, Niamh McCarthy and Ger Devin, all took turns swimming in the cold sea water over the course of 13 hours.

The challenge was the culmination of many months of preparation for the swimmers, who had acclimatised to sea swimming and the cold temperatures they had to endure.

Vincent, who completed two one-hour swims on the day, told The Echo: “My first swim was in the morning, so I started off in the dark.

“It was good, the sea was calm. But when I got to the second rotation later that day, it was a bit choppier.

“By the time I got in for my second swim at five, it was getting dark and the sea was rougher. It was tough, psychologically and physically.”

The air temperature on the day was between six and seven degrees, while the average water temperature was just over eight degrees, which the swimmers were more than capable of withstanding.

“There was a bit of a chill in the water, but for us it was fine because we’d already been training in colder water,” added Vincent.

In between the swims, the members of Team Walrus returned to the pilot boat that was tracking the course of the swim, to get their energy back up with snacks and hot drinks.

After 13 hours of the swimmers alternating between each other for hourly swims, Ger Devin touched the coast of Port Patrick in Scotland to signal the end of the challenge. The swimmers then returned to Bangor in Northern Ireland on the boat.

“A few people came up to meet us at the pier in Bangor, and we went and had a couple of beers,” said Vincent. 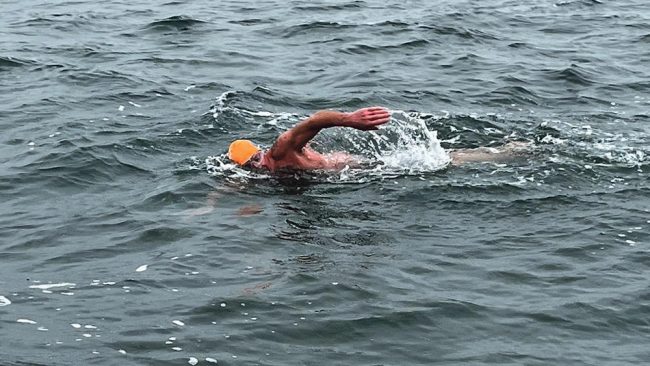 Vincent during the swim

“We’re all planning to meet up again next week and have a debrief about how it went.”

While the swimmers were all content to have completed their gruelling challenge, their main aim was to raise funds for childhood cancer charity the Gavin Glynn Foundation. At the time of going to print, the team had raised over €40,300 for the foundation.

The fact that the funds will go to a childhood cancer has a particular resonance for Vincent as his son, Callan, was diagnosed with cancer at four-and-a-half-years-old. Now aged 17, Callan has recovered and his dad is proud of being able to help people in a similar situation.

“We raised over €40k for charity. It’s amazing,” said Vincent. “The small amount of pain that we put ourselves through during the swim is incomparable to what a child with cancer goes through.

“I’m quite amazed and shocked at people’s generosity. To be able to give that amount is amazing, I’m in disbelief.

“People have been brilliant. So much money has been raised and every penny counts.”

Team Walrus are planning to meet up again next week to talk about how the swim went and recount their experiences.

While Vincent still takes great enjoyment out of sea swimming and isn’t fazed by colder temperatures, he’s looking forward to some more relaxed and milder swims in the months ahead.

“I’ve plans for a few smaller, enjoyable swims over the summer,” he added.

Donations are still being accepted at www.tinyurl.com/SeaSwimGavinGlynn.