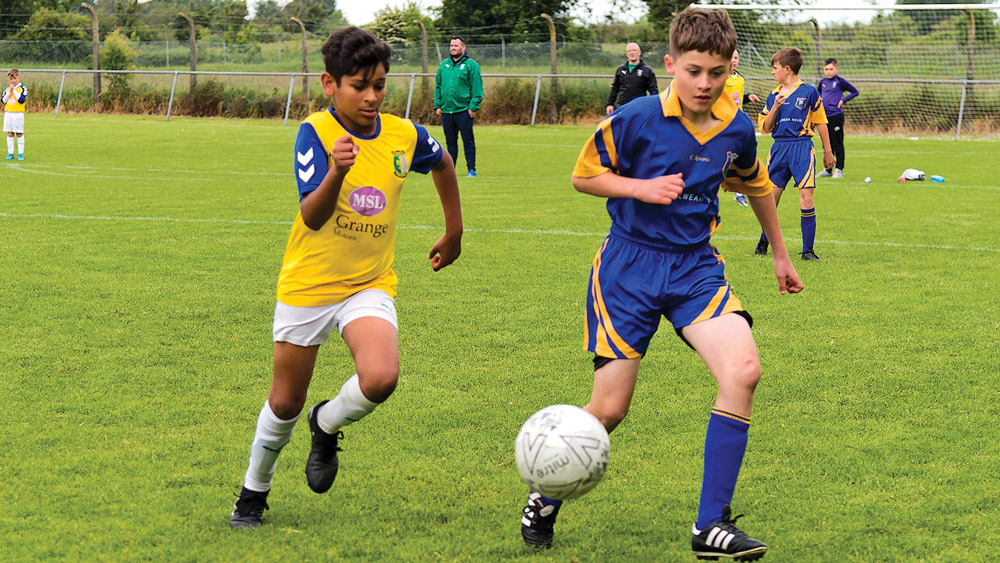 €6k raised at charity match will benefit school and club

OVER €6,000 was raised for sensory equipment for a local primary school and for the development of a ‘Football for All’ initiative in a local club as a result of a charity football blitz in Baldonnell.

The event was held in John Hyland Park last Saturday, June 4, to raise funds for sensory equipment for St Kilian’s Senior National School in Kingswood and for St Francis’ FC’s ‘Football for All’.

Eight teams played at the charity blitz, including three teams from St Francis’, one team from St Kilian’s, and teams from Rathcoole, Mount Merrion, Parkvale and Granada football clubs.

Jeff Lahart, St Francis’ FC’s director of small-sided games, told The Echo: “It was a really good day, and thankfully we got the weather for it.

“We set it up with a family fun day atmosphere. We had barbecues, and games for kids who weren’t playing football, like Jenga and Connect Four.

“All of the players played five games each, so it was full-on for the few hours, but there was a festival atmosphere and everyone was in good spirits.”

While there was no winning team during the charity matches, there were four winners for each category of player during the event.

When talking to The Echo on Tuesday afternoon, Mr Lahart said the club was still totting up the final figure for the money raised from the charity football blitz.

The portion of the money raised that’s going to St Francis’ will be used for the club to buy equipment for their ‘Football for All’ initiative and to provide the service free to the players.

The ‘Football for All’ initiative, headed up by the FAI, aims to offer the opportunity to play football to those who may not ordinarily get a chance to play, such as people with disabilities.

“We’re looking to set up ‘Football for All’,” said Mr Lahart. “We have the facilities, now it’s just a matter of getting the equipment and, with the funds we’ve raised, the players we’ll have in it will be able to access it free-of-charge.”

The club aims to have ‘Football for All’ up and running by the end of the summer. Over in Kingswood, the money raised will also have a positive impact on the sensory room in St Kilian’s SNS.

Speaking to The Echo last week, principal of St Kilian’s SNS Barry Frisby said that getting new equipment for the school’s sensory room “would make a huge difference”.

“The sensory room is a calming space for children to relax in. It’s great for their wellbeing. They can sit down, meditate and take a break,” he said.

“Overall, the sensory room is of huge benefit to the kids and, consequently, the teachers.”

Reflecting on the success of the charity football blitz, Mr Lahart said: “We tried to push it as much as we could.

“We got some very generous donations, and a lot of people were generous with their time.

“Overall, we’re more than happy with the money that was raised.”