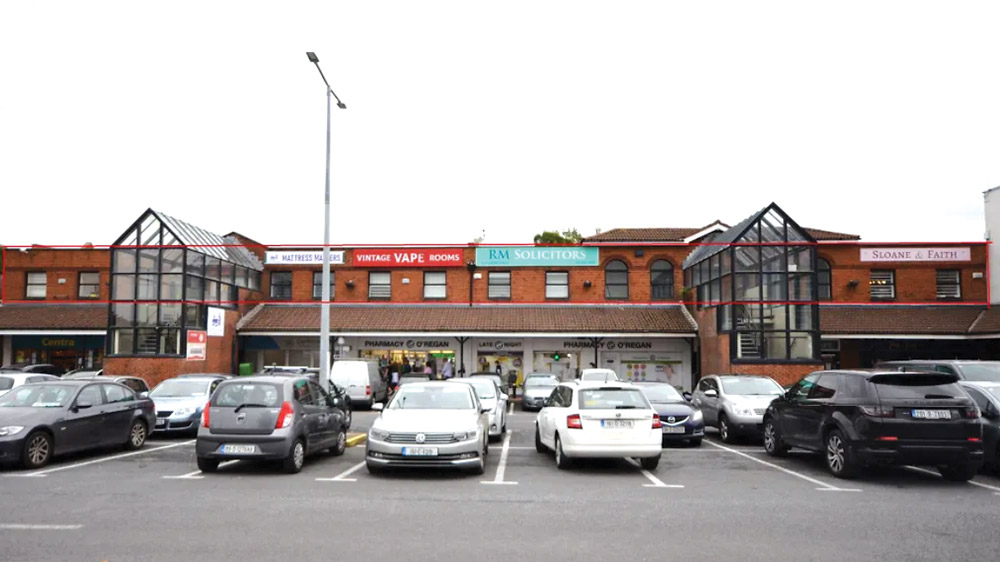 SIX units on the first floor of the Old Bawn Shopping Centre in Tallaght have gone on the market with a guide price of €750k.

Described as an investment opportunity, the units available are a clothes store, a solicitor’s office, a beauty salon, a vape store, a mattress store and a music school.

The property is for sale by private treaty, and the combined rent that these units are currently achieving is €71,400 per annum which represents a Gross Yield figure of 8.2 per cent.

These figures were supplied by selling agent Ray Cooke in the property listing, with the units described as being situated in “a thriving neighbourhood shopping centre”.

The Old Bawn Shopping Centre is noted as attracting a high footfall, as there are a number of other retailers at the site including Centra, Costa Coffee, a bakery, numerous takeaways, and a medical centre.

Mr Cooke wrote in the listing that “Old Bawn Shopping Centre is situated in a key location with a huge catchment area around it as it is only a short distance from several established residential communities close by such a, Old Bawn, Firhouse, Kiltipper and Knocklyon and is also minutes away from the M50 motorway as well as the Tallaght bypass.”

The centre is described as benefitting from a “good mix of occupiers” and being in an “excellent location with a huge catchment area”.