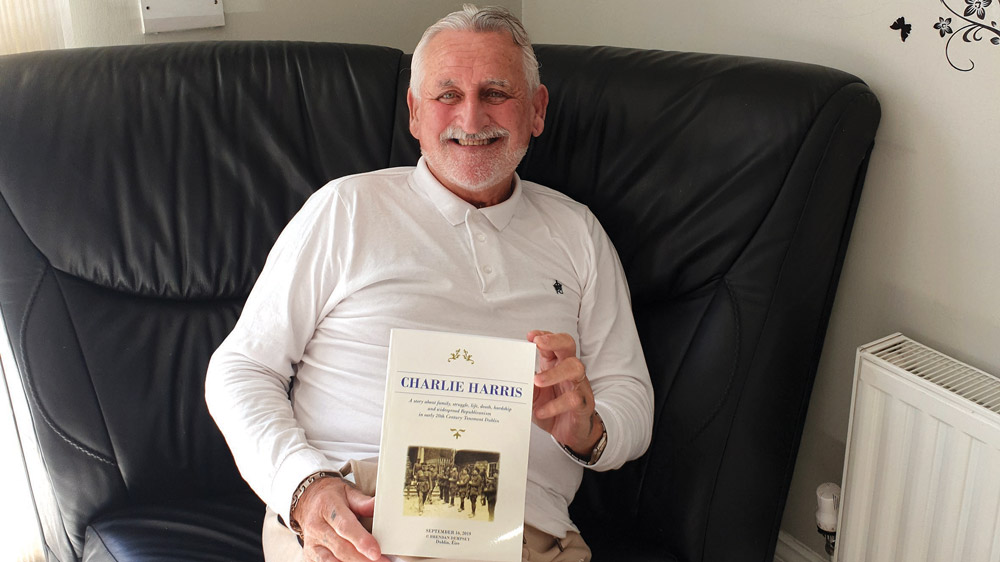 Charlie Harris: A story of hardships, war, death and love

Step back in time; into the harsh and dreary setting that is Dublin in the late 1800s and early 1900s.

Brendan Dempsey is a retired school bus driver who has been writing since the age of 20. Over the years, he has written numerous short stories, but he says ‘Charlie Harris’ is his greatest accomplishment as an author.

With over a quarter of a million words and five and a half years of work put into this novel, Dempsey paints a perfect picture of the hardships that went on in tenement housing.

When asked what his readers’ biggest takeaway from the book should be, Dempsey said: “I don’t want them to forget about what women went through in these tenement houses in the early 1900s. They were the core of the family, with sometimes as many as 11 children to care for, and husbands that expected to be treated as kings.”

Dempsey is a direct descendant of women who lived through these arduous conditions; he was born in a tenement house himself. He went on to say: “Women were all treated the same, no matter their religion. They were screamed at by the Pope every morning, they were terrified.”

Dempsey comments: “I hope younger people today realise how lucky they have it now.”

The main character, Charlie Harris, a son living in a tenement house, watching this all take place before his very eyes, decides to take another route.

Over 600 pages, made up of characters with thick Dublin accents and bleak circumstances, will have you emotionally gripped early on. Inspired by stories told by Dempsey’s grandfather, Jamesy Harris, a sergeant in the British army in 1880.

A story of hardships, war, death and love. Brendan Dempsey has truly outdone himself in this captivating novel.