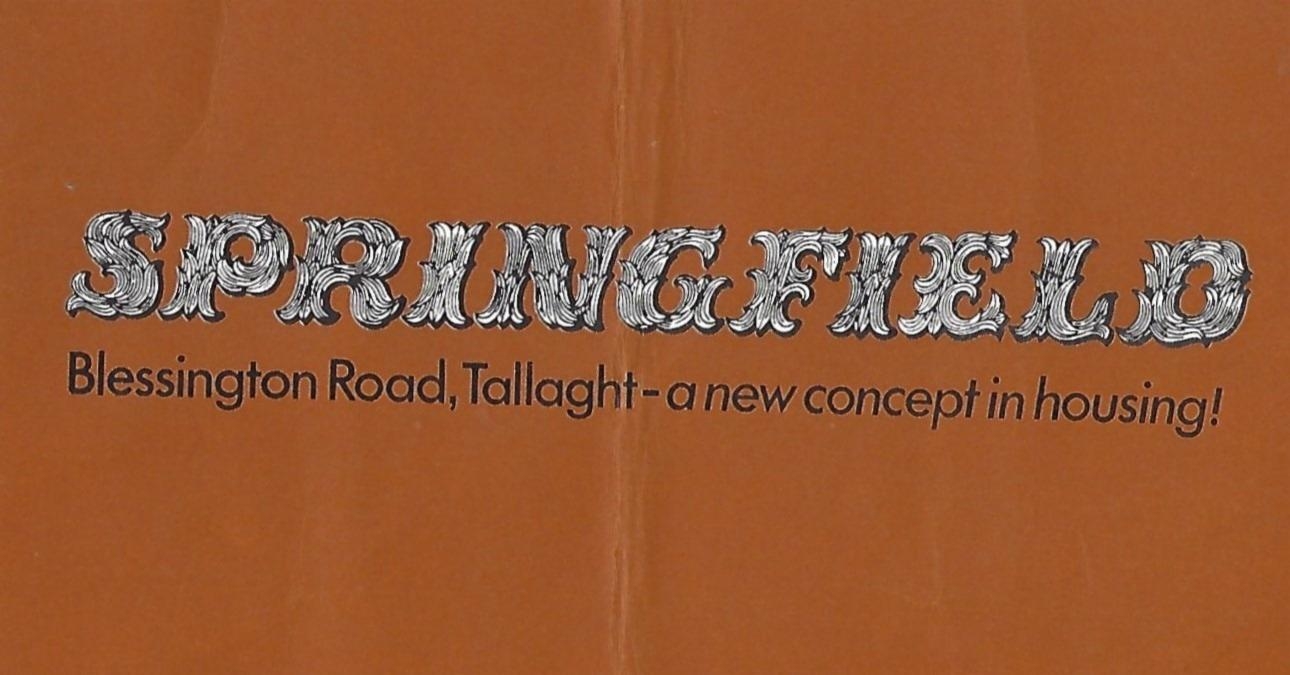 Do you remember when houses in Springfield first went on the market?

The Echo this week came across the original brochure and other advertising material for the Springfield housing estate when it first went on the market in 1972.

Branded ‘a new concept in housing ‘,the Tallaght homes started at £4,650, with 90 per cent loans available and a total deposit needed of £470.

The original material was shared with The Echo by local historian Ken Larkin, who, originally from Ballyfermot, moved to Springfield in 1978 and recalls that the area had ‘a great community to build around’.

“When I first moved up to Springfield I could sense straight away that there was a great community spirit developing around the area, from St Mark’s Parish, Foroige to the local scouts group, it was great to see”, Ken told The Echo.

According to the brochure, the houses in Springfield, which were “delightfully situated between the city and the Dublin mountains”, came with a number of ‘star features’.

The original brochure for the estate

A standard 3-bedroom home was fully equipped with central heating by Electrica, an infra-red heater in the bathroom and storage space under the stairs for “brooms, vacuums etc.”.

Upstairs were three “well-proportioned bedrooms”, generous supply of electric points throughout and to top it off a large hot press with a dual immersion heater.

For more original material on the Sprinfield housing estate, and for other historical photos, visit Ken Larkins website.