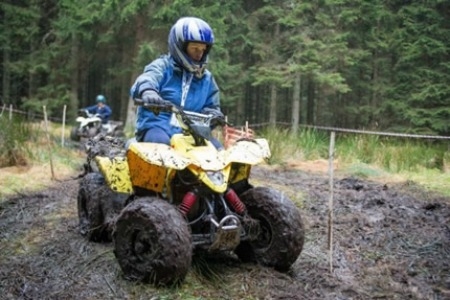 Efforts being made to introduce safe area for quad bike activity

THE tragic death of a teenager in Cherry Orchard on Christmas Day, has intensified efforts to introduce a safe area for quad biking activity, according to local representatives.

Two local councillors have met with representatives from Dublin City Council this week to urge the implementation of specific site for quad bike use between Ballyfermot and Clondalkin – two areas that see a heavy use of bikes and scramblers.

People Before Profit Councillors Brid Smith from Ballyfermot, and Gino Kenny, from Clondalkin, are working with some local bike owners and parents to try and establish a motocross club for the area.

The pair met this week with a new sub group of the parks section of Dublin City Council to assess the possibility of providing facilities and land for young people to engage in the activity.

Cllr Smith said: “We have to take seriously the culture of young people and not dismiss them. Not all the kids are bad and threatening.”

“Getting a club going would help to alleviate the terrible nuisance and danger that using these bikes in the open brings on the local communities of Clondalkin, Ballyfermot and beyond.”

The councillors are meeting with organisers from the motorcross clubs in East Wall and Westmeath this week to learn how to get a club going and what is involved.

Cllr Smith continued: “Along with provision of facilities, there has to be control and regulation on these vehicles. How they are bought, sold and used. That is the responsibility of Government. It is unacceptable to allow a free for all with these bikes and it is not fair to communities who have to tolerate the noise and danger on a daily basis.”