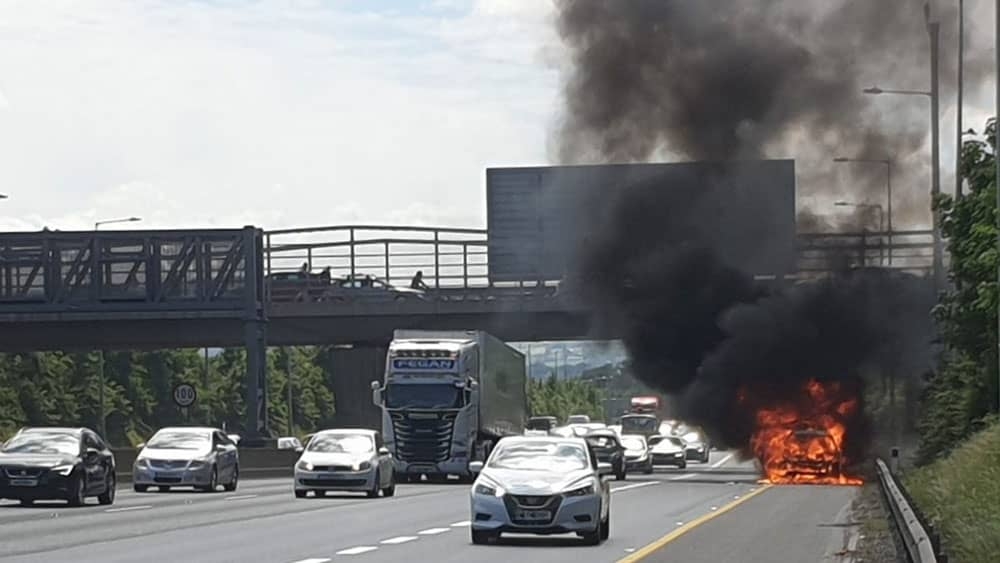 Emergency services respond to vehicle fire on the M50

EMERGENCY services responded to a vehicle fire on the M50 between Clondalkin and Lucan this afternoon.

Units of Dublin Fire Brigade from Tallaght and Dolphins Barn rushed to the scene of the incident after a car caught fire between Junction 9 Red Cow and Junction 7 Lucan.

The vehicle on fire on the M50 (Image: Dublin Fire Brigade)

The fire was extinguished by Dublin Fire Brigade shortly after they attended the scene.

In a statement from Gardai, it was confirmed that there were no injuries reported as a result of the fire.

One lane of the M50 northbound has been closed off and local diversions are in place while the scene is being attended to by emergency services.

A garda spokesperson told The Echo: “Gardaí and emergency services are currently attending the scene of a vehicle on fire on the M50.

“One lane of the M50 northbound has been closed and local diversions are in place while the scene is being attended.

“No injuries were reported as a result of this incident.”