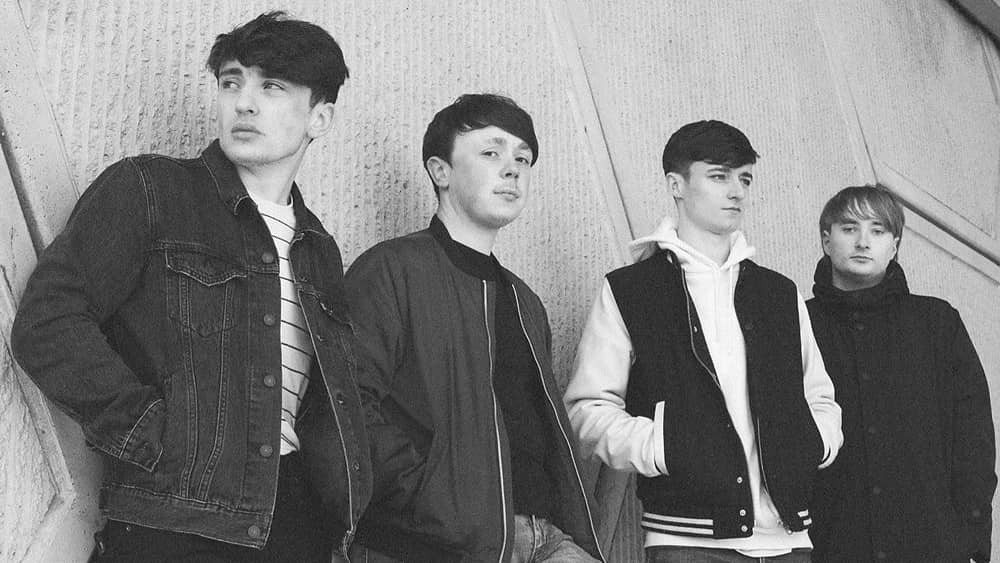 Hot on the heels of their recent appearance on an RTÉ documentary about music subcultures, an indie band formed by two Tallaght brothers are gearing up for the release of their new single ‘Somebody’.

Kyle and Scott Bellew, from Jobstown, formed the band Emily 7 two years ago, and they have been going from strength to strength since then, featuring on the RTÉ documentary series ‘My Tribe’ and receiving national press coverage.

The band also recently became a four-piece with the addition of bassist Brandon Carrig, from Ballyfermot, and lead guitarist Daniel Clarke.

Scott told The Echo: “Brandon and Daniel are pivotal members of Emily 7 just as much as we are.

“We are four like-minded people with a common goal, and it also helps that they’re unreal musicians.”

The four musicians are looking ahead to the release of ‘Somebody’ next month, which has been described as a fast-paced, indie-rock stomper with some ’60s rock’n’roll influenced guitar licks and punky drums, offering a modern twist on a Motown-influenced hook.

The song was a regular feature on Emily 7’s setlists before the pandemic, and the band is happy to finally be releasing the track as a single.

Kyle said: “‘Somebody’ is about being young and free, and enjoying life and not thinking about any consequences.

“It was a fan favourite from back when we could play live shows, and we’re dying to put it out as a single.”

The band recently recorded a music video for ‘Somebody’ at Abner Browns’ barbershop in Rathmines, which was a new experience for Emily 7.

“I never took part in music videos before but it was something new and a bit of craic,” explained Brandon.

“The videographer was sound and made it comfortable, where I thought it would be awkward. Dave from Abners made us feel right at home, as did Nicola the videographer.”

Daniel added: “We wanted to do it in a barbershop because we’ve never seen a music video in one.

“It’s an old-school barbershop with proper musical history on the wall, like signed Fleetwood Mac photos and a David Bowie mask, and Dave was nice enough to let us in and film.”

‘Somebody’ is out on all streaming platforms on June 4, and the video will be posted on YouTube on the same date.