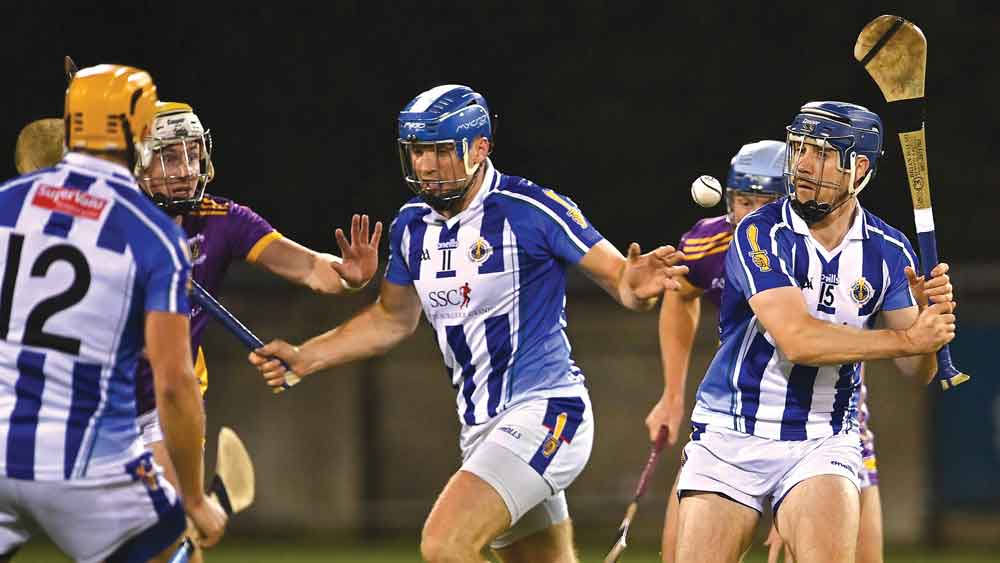 Enda the line for Boden

DESPITE the best efforts of cousins Paul and Niall Ryan, Ballyboden St Enda’s suffered a 1-21 to 0-15 defeat at the hands of champions Kilmacud Crokes in the Dublin Senior One Hurling Championship semi-final at Parnell Park on Saturday.

Seeking a return to the top-tier decider after losing out to Cuala in last season’s quarter-final, ‘Boden enjoyed a blistering start to this weekend contest.

With just under 11 minutes gone on the clock, the Firhouse Road outfit had established a 0-6 to 0-3 cushion.

The ‘Boden defence were rocked in the 14th minute, however, when Crokes inside forward Alex Considine rattled the net from a tight angle.

The Stillorgan men subsequently took control of the proceedings with unanswered points from Oisin O’Rorke (two) and Fergal Whitely, before ‘Boden eventually fired back through Paul and Niall Ryan.

Midfield duo Aidan Mellett and Niall Ryan also posted scores towards the end of the opening period, but Kilmacud remained in control.

With the help of two-point salvos from O’Rorke and Ronan Hayes, the title holders brought a 1-12 to 0-10 buffer into the dressing rooms at the break.

Dara Purcell and Davy Crowe had also raised white flags to leave ‘Boden with a mountain to climb on the restart.

While Crokes enhanced their advantage with additional points courtesy of O’Rorke and Purcell, Simon Lambert (with a monstrous long-distance free) and Niall McMorrow also split the uprights to offer the challengers renewed hope.

Former Dublin dual star Conal Keaney made way for ex-Tipperary hurler Timmy Hammersley in the 39th-minute, but Crokes continued to attack with real purpose at the opposite end.

Fionn Ó Ceallaigh and dead-ball specialist O’Rorke kept the scoreboard ticking over and while Paul Ryan and McMorrow cut the deficit to five points heading into the final 10 minutes of normal time, this was as close as ‘Boden came to a fightback.

Whereas Kevin Desmond was their solitary scorer in the closing moments, Crowe, O’Rorke, Ó Ceallaigh (two) and Micheal Roche all raised white flags for Crokes to ensure David Curtin’s side came up short in the end.