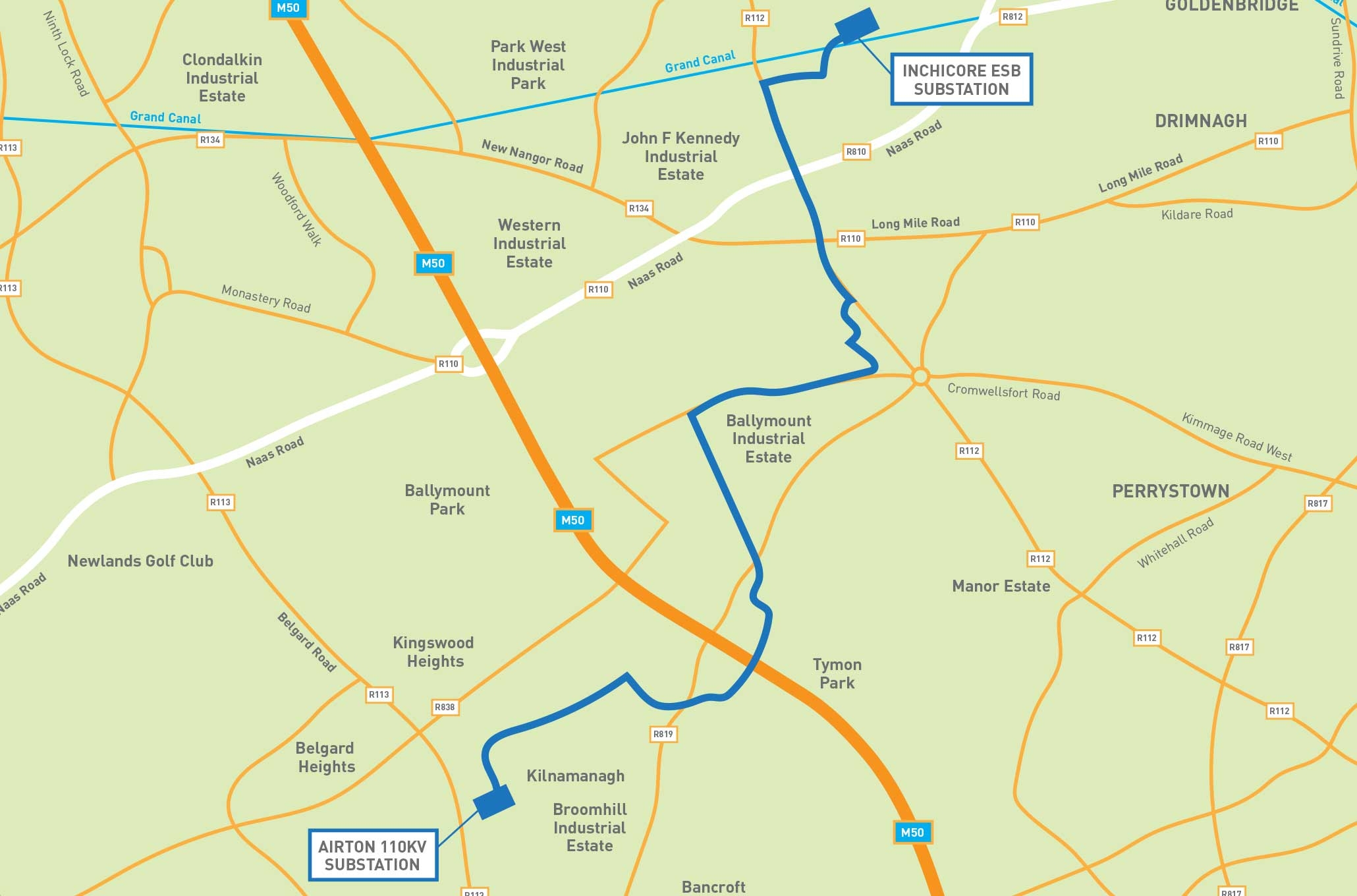 ESB power boost for Amazon will benefit customers of future

TALLAGHT is set for a power boost as a seven-month project to bring two new underground ESB cables into the Belgard Road area starts this month, with The Echo understanding that the electricity will primarily feed Amazon’s new data centre.

The project, to be carried out over nine phases and involve significant works both on public roads and green spaces, will see 7 km of cable being laid underground from Inchicore to Tallaght, with work commencing in the green area of Redwood Drive in Kilnamanagh this month.

New Century Engineering Ltd (NCE), a specialist utilities contractor, has been engaged to carry out the construction of the new network and also to facilitate the installation of the cable.

When asked about any potential disruptions for residents, a spokesperson said that traffic management plans will be in place to facilitate all works.

The spokesman said that electronic signs will be displayed on approach to the works and that “experienced and specialist” traffic management personnel will implement all traffic management plans, which will have been pre-approved by South Dublin County Council’s traffic department.

He added: “Works impacting on Greenhills Roadwill be carried out at weekends (off-peak), and work in the Kilnamanagh area will be predominantly in the grass verges and will have very minimal impact on local roads.”

The project team has also committed to providing local residents and businesses with two weeks’ notice that works are commencing in their area.

Estates in Kilnamanagh have been hit with a series of roadworks over the past 12 months, which have impacted on traffic and access.

Expected to finish in April 2018, ESB Networks are bringing two new underground 110kv cables from a 220kv substation in Inchicore to a new Airton sub-station to provide “additional power capacity” on the Belgard Road to “support current power demand and future growth in the Tallaght Industrial Zone”.

The first two phases of the project, which are due to be completed by year end, will take place across a number of estates in Kilnamanagh, after which works will meander through areas such as Tymon Park, Ballymount Avenue, Ballymount Road, Walkinstown Crescent, Walksinstown roundabout, Walkinstown Park, Long Mile Road, before finishing at the Kylemore Road/Bluebell Avenue junction.

In a statement to The Echo, an ESB Networks representative said: “This project will primarily facilitate a new large commercial customer, but will also benefit any future customers in the area.

“Works are being delivered by third parties on behalf of the new customer, therefore we are not in a position to give further details on the project.”

The new substation is located in the vicinity of Amazon’s new data centre off Mayberry Road in Kilnamanagh.

However, when asked if the work was being carried out by a third party on their behalf, Amazon did not reply.

The response that was received from a spokesperson for Amazon read: “ESB Networks will own and operate the Airton substation and once work is completed, Amazon Data Services Ireland Limited (ADSIL) will be one of the tenants of the Tallaght Industrial Zone that will be able to use the new substation.”

When contacted by The Echo and asked about its plans to support residents during construction, Tony O’Grady of the council’s road maintenance department said: “There will be a traffic management plan for each phase and each one will be agreed on by the council.

“The project team has submitted a traffic management plan for Phase 1, which we are reviewing at present.

“We will monitor the project to ensure that timings are adhered to and that public roads and open spaces are reinstated.

“A lot of the works travel through open spaces, so the parks department has also been involved in discussions.”

He added: “The project will bring more power to the industrial area of Tallaght and there are similar projects planned for Grangecastle [in Clondalkin] in the pipeline.”