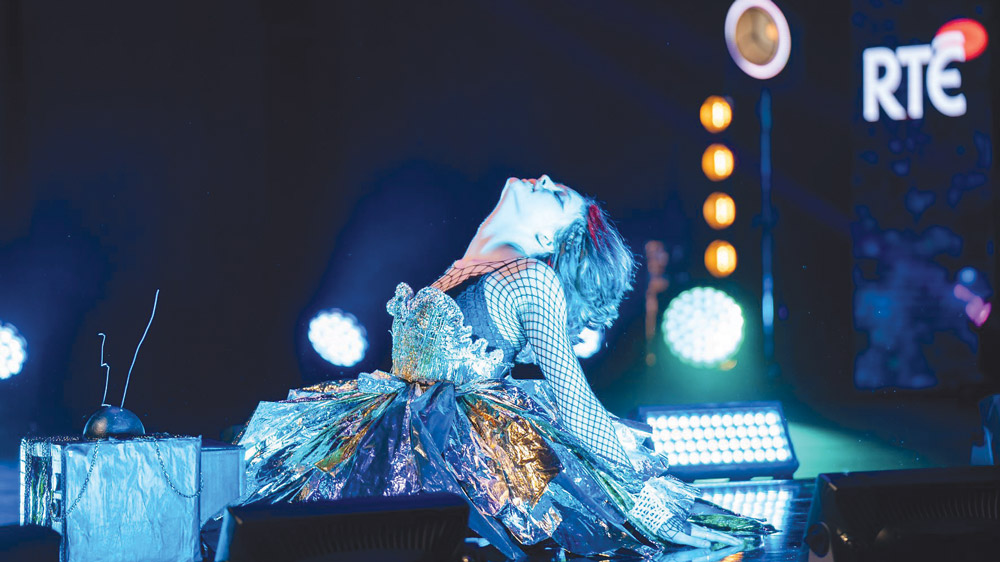 Zuzanna Cieslewicz’s with her inspirational design

Zuzanna Cieslewicz’s design, ‘Ex Static’ has been voted RTÉ Wild Card by the public and will now go on to take the final spot at the Junk Kouture World Final in Abu Dhabi later this year.

The Wild Card was announced on the Tracy Clifford Show on 2FM after weeks of online voting saw Zuzanna from Old Bawn Community School take the final spot.

Ex-Static was among five wild cards shortlisted by the Junk Kouture judges – Louis Walsh, Roz Purcell, Soulé and Stephen McLaughlin – one from each of the five regions, each with its own inspiration and story.

The five RTÉ Wild Cards were revealed on rte.ie/junkkouture on Thursday and as the RTÉ Wild Card – Zuzanna’s design becomes the 10th design to represent Ireland at the World Final. 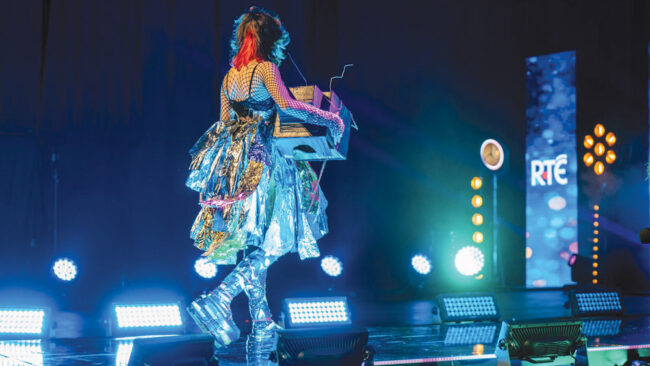 Commenting on her winning design, Zuzanna from Belgard, said:  “My design is inspired by a tech-gothic style. The shiny plastics, black garbage bags and wires reminded me of old, broken or abandoned tech, so I decided for my headpiece to be an old tv. I added gothic-style features for detailing, as I thought the black colour would suit the ‘trash’ part of my outfit.

“My design is made from plastic trash bags, grocery-store fruit bags, old insulation foam, cardboard, old tape and string. I used different crochet techniques for detail pieces, crocheting the gloves and corset accessories. I used the double crochet and slip stitch techniques in my design.

“I used the spare wires we had in school and wire scraps from my personal art projects to not be wasteful. I also decided to use household items to limit waste.”