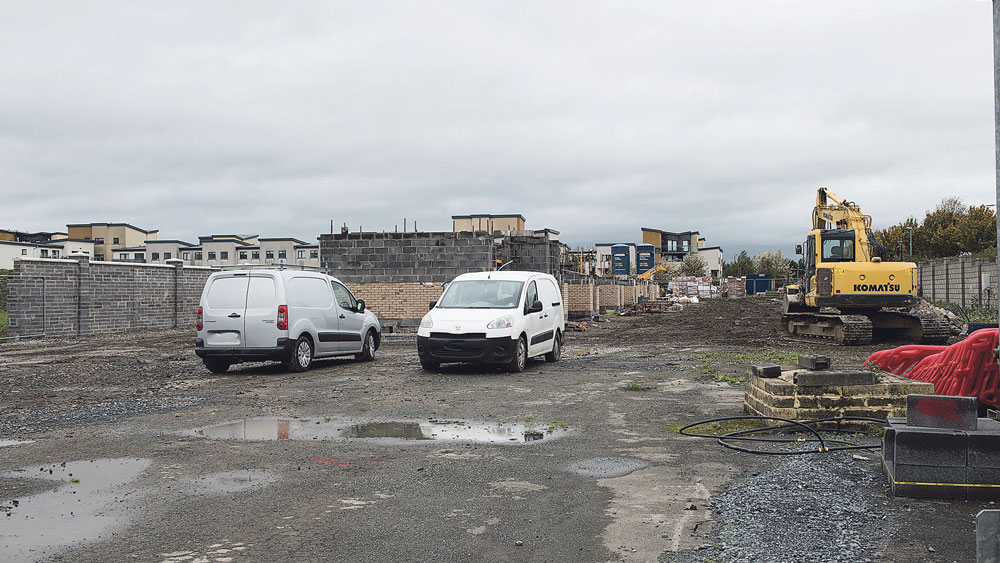 Construction has already started on the housing development at Ballyfermot United

Extension to planning for houses at football club

A DEVELOPER has applied for an extension to planning permission for a housing project which has already started construction.

The development was supposed to kick off in March 2020 targeting a June 2021 completion date. However, due to the Covid-19 pandemic and Level Five restrictions being implemented, work was unable to begin.

According to the developer, this delay affected both the tenders and funding for the project “due to the uncertainty within the construction industry and economy as a whole”.

“However staffing shortages, material shortages and a backlog of projects resulted in further delays,” the documentation states.

The development then commenced in May of this year, with excavations and earthworks, boundary treatments, storm and foul drainage, substructures, external walls and upper floor structures already carried out.

Permission was granted for the development in 2016 and at that point, included the construction of 43 two storey dwellings with 44 car parking spaces.

A new single-storey changing facility for Ballyfermot United which includes a new vehicular and pedestrian access gates to the club grounds from the new access roadway off Cloverhill Road, in Clondalkin.

In 2014, the sports club agreed a deal with the developers to sell part of their land to fund its facilities after their plans were squashed in 2010 due to the downturn in the economy.

There is parking for 37 cars and two buses associated with the sports and social club aspect of the development.

All associated landscaping, site development and infrastructural works round out the plans.

On October 5, the application form for extension permission was filed for 40 dwelling units together with all associated site works including a new car parking area to an existing sports field.

The local planning authority is set to make a decision on the application seeking extension permission on November.

NEWER POSTMonastery Shopping Centre on the market with a guide price of €1.85m
OLDER POSTBartra appeal nursing home and apartments decision in Cookstown