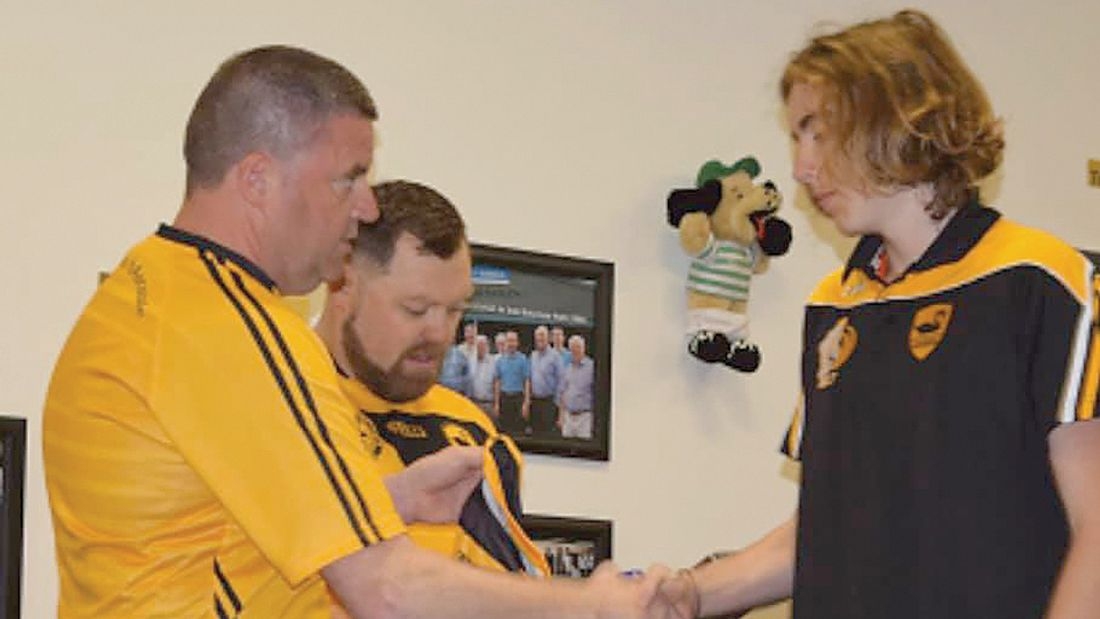 Family man Richard ‘was a very quiet but determined lad’

RICHARD ‘Richie’ Callaghan, a dedicated family man and a stalwart of St Mary’s GAA Club in Saggart, where he served as chairman from 2005 to 2007, has been fondly remembered by his family and friends following his sudden passing last month at age 54.

The father-of-three was a lifelong member of St Mary’s, who he kept ties with after he moved to Perth, Australia, nine years ago, and was held in high regard by his fellow club members.

Richard Callaghan at a presentation in Western Australia

Growing up in Brittas, he played for the club throughout his childhood and he went on to play a leading role in the development of St Mary’s as an adult, first as a member of the club’s executive board and then as chairman.

During his tenure as chairman, the clubhouse was refurbished and a number of key features were installed in the grounds of the club, including a car park, floodlights, bar and kitchen facilities, a scoreboard and pitch fencing.

Richie, who worked as an engineer, also developed an ambitious plan for the expansion and relocation of the club’s facilities, and always gave full commitment to any roles he took on.

“He was a very quiet but determined lad,” explained Richie’s brother-in-law, Brendan Murray. “He wouldn’t have been shouting and roaring about the things he did.

“If he put his mind to something, he always made it happen.”

He also made an impression on the GAA community in Western Australia, after he moved to Perth with his wife and their sons, and was encouraging of his sons Cathal, Enda and Antoin’s interest in sports.

“He loved the three lads, and he was always involved in any sports they were involved in,” added Brendan, “whether it was Aussie rules or GAA or soccer. He loved it.”

Richie’s passion for sports never wavered, and although he was an avid runner, GAA was his favourite pursuit, which is reflected in how the GAA community in Western Australia remembered him.

Richard getting ready for a match

“Over the last number of years, Richard played an important role on the minor board,” stated GAA in WA in a recent Facebook post, “through the training of teams and the development of underage competitions in WA. Always there to lend a helping hand, Richard will be greatly missed.”

Although Richie and has family had settled down in Australia, Brendan said his brother-in-law “always hankered for home”, and shortly before his sudden passing he participated in and donated to a fundraiser St Mary’s was running to support a young boy with Spinal Muscular Atrophy.

As a testament to Richie’s popularity and commitment to St Mary’s, floral tributes were tied to the gates of the club when members heard the news of his passing.

A service was held for Richie earlier this month in Perth, however he has been repatriated to Ireland for a Funeral Mass in the Church of the Nativity of the Blessed Virgin Mary, Saggart, today, Thursday, May 21, which is strictly for family only given the current circumstances, followed by burial in the Heath Cemetery in Portlaoise.