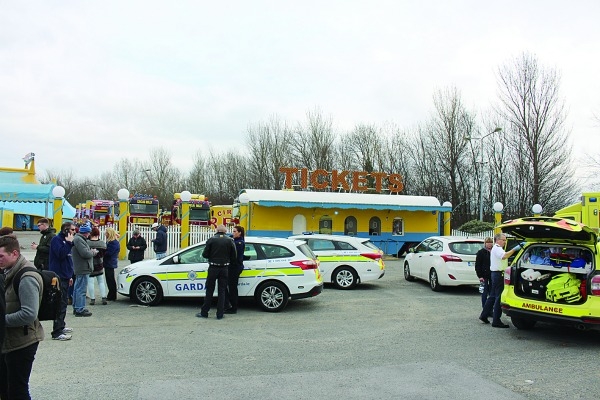 NOBODY was charged following the six arrests at Belly Wien circus in Tallaght last month, with three animal activists, arrested during a protest the following day, also released without charge.

From when the circus opened in Tallaght, Belly Wien continued to be a beacon for animal rights activists who staged daily protests outside the family-run circus – which was pitched on land behind The Cuckoo’s Nest pub.

The controversial circus is on tour with around 60 animals, including camels, lamas, bovines, dogs, many different breeds of horses and three Asian elephants – which the family claim have been with the circus for more than 40 years.

The arrival of the circus in Tallaght drew mixed and heightened reactions from the community and while many continued to express their outrage over the use of wild animals in circus, and joined the protest, others expressed disappointment to The Echo over being “intimidated” by protestors when attempting to attend the circus with young children.

The Echo did speak with a number of animal welfare activists at a protest last week and they said their intention was to peacefully encourage people to boycott the circus – while putting pressure on the Irish Government to introduce a nationwide ban on wild animal circuses.

Speaking to The Echo, Belly Wien trapeze artist Nadja Scholl, who has defended Belly Wien’s treatment and condition of its animals, confirmed that the circus intended to finish out its run in Tallaght – which ended on Sunday.

According to official Garda reports, no one arrested after the violent altercation at Belly Wien on Wednesday March 23 was charged – nor were three animal rights activists who were lifted at a protest on Thursday March 24.

Everybody arrested was released and a file is currently being prepared for the Director of Public Prosecutions (DPP).