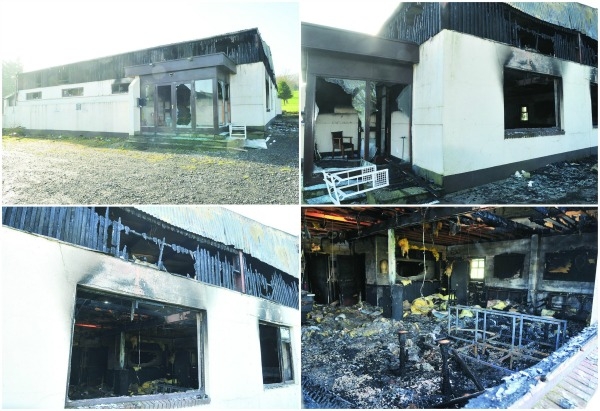 GARDAÍ are investigating a fire in the Hazel Grove Golf Club on Sunday evening, which gutted the Jobstown-based premises.

The intense blaze lit up the Tallaght skyline on Sunday evening and took five units, including an environmental unit, a foam support truck with a large water cannon on its roof, to battle and eventually quench the fire – which raged into the early hours of Monday morning.

Located on Mount Seskin Road in Jobstown, Hazel Grove Golf Club closed four months ago due to a drop in membership and the absence of an investor to come on board to revitalise the club and secure its future.

After 25 years the club’s doors closed last November and the building has since been left empty.

Local sources told The Echo that the empty clubhouse is a beacon for young people, and that the windows are regularly smashed.

However, Gardaí were unable to confirm at this stage if the fire was accidental or if it was lit maliciously.

Anybody with information or who may have spotted anything unusual on Sunday evening, March 13, around 9pm is asked to call Tallaght Garda Station on 6666000.