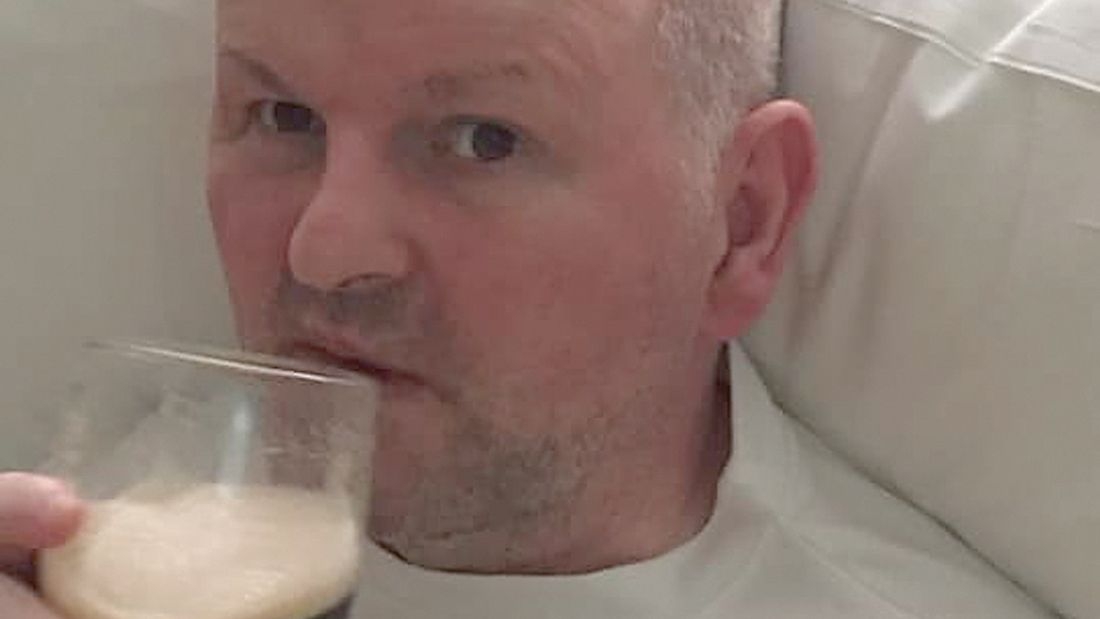 SEAN Cox celebrated his first birthday at home since he suffered life-altering injuries in an unprovoked attack at a Liverpool match almost two-years-ago.

A photograph was posted on the Support Sean Cox social media channels of him toasting a pint of stout to celebrate turning 55-years-old.

Sean Cox enjoying a pint of the black stuff

The Dunboyne, Co Meath, resident was attacked before Liverpool’s UEFA Champions League semi-final tie with AS Roma at Anfield in 2018, sustaining a severe head injury.

After almost 18 months of treatment in Ireland, Clondalkin fan Sean travelled to England to undergo rehabilitation at a special neurological facility.

Renovations were made on the Cox family home that saw the property adapted to accommodate Sean’s needs when he returned home, which finally happened last month.

Upon his return, Sean’s wife Martina took to social media.

It read: “This is a day we as a family have been looking forward to for a long time.

“While Sean still has a long road to travel, having him home with us is an incredibly important step as we come together as a family unit again.

“I can’t thank enough those who have helped Sean along the way over the past two years. Without a doubt this support has made today possible.

“In particular, I would like to thank the incredible staff in Marymount Care Centre in Lucan for the care and support they have provided to Sean over the past number of months.”