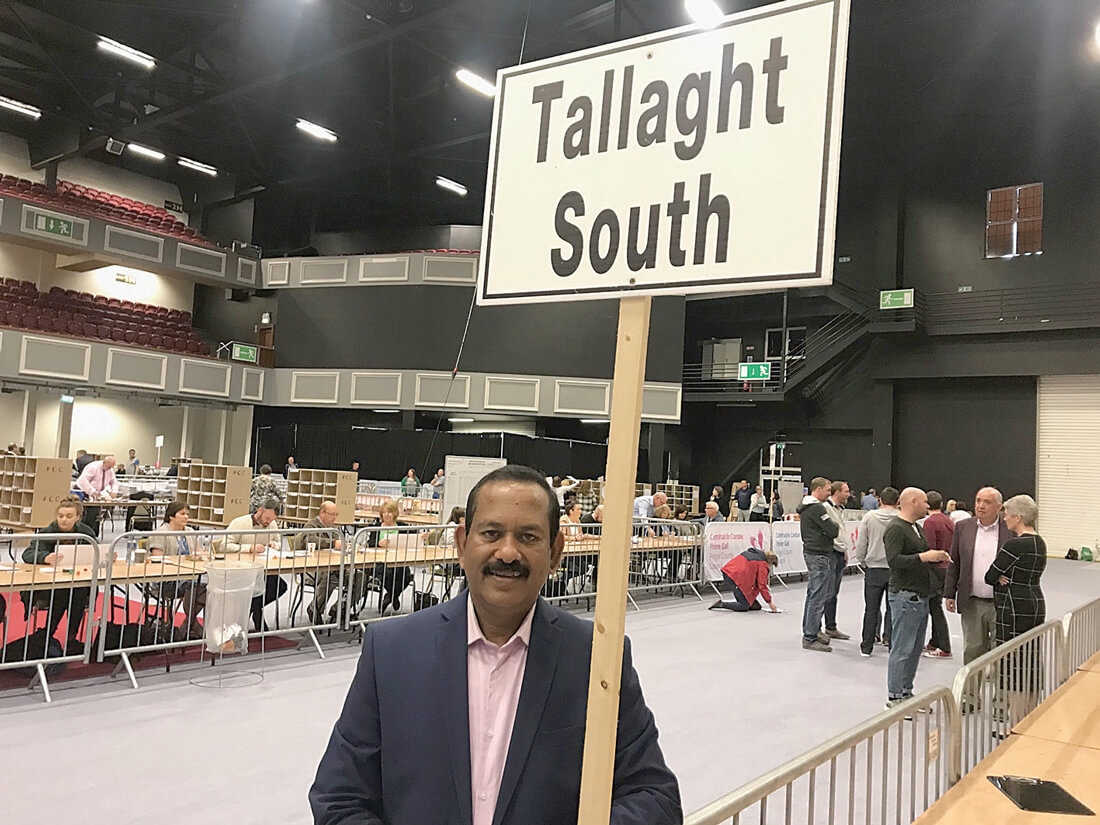 FOR THE first time in its 25-year history, South Dublin County Council will have an Indian-born councillor.

Deemed elected on the eighth count, Baby Pereppadan got the third seat but the election was not his first time at the rodeo.

Councillor Baby Pereppadan at the count centre in Citywest on Sunday

Hailing from Kerala in India, Pereppadan followed his wife Jincy Mathews to Ireland with their son 18 years ago and contested the 2009 local elections as an Independent before joining Fine Gael this year.

The 51-year-old has two children, with his son studying medicine abroad in Bulgaria, but he told The Echo of how his election campaign was still a family effort.

He said: “I do miss him. He came home for a few days to put up posters, a lot of people wouldn’t believe me but he put up 75 posters.

“He has a real Dublin accent too.”

His daughter is currently sitting her Leaving Certificate in Sancta Maria College, Rathfarnham and Baby joked that she knew more about the campaign than he did.

“She knows more than me even, she did all the calculations and was saying ‘dad you need to this’ about things, but she is doing her Leaving Cert so she could not be too involved.”

Baby told The Echo how he wants to bring that councillor-voter feeling back to a level where there can be an open line of communication between council and the public.

“I have been to many doors canvassing and people told me that nobody had knocked at their doors at all like they did before.

“In the next five years I will be meeting people and coming back to doors because this is my full-time job, I am working for the public.”