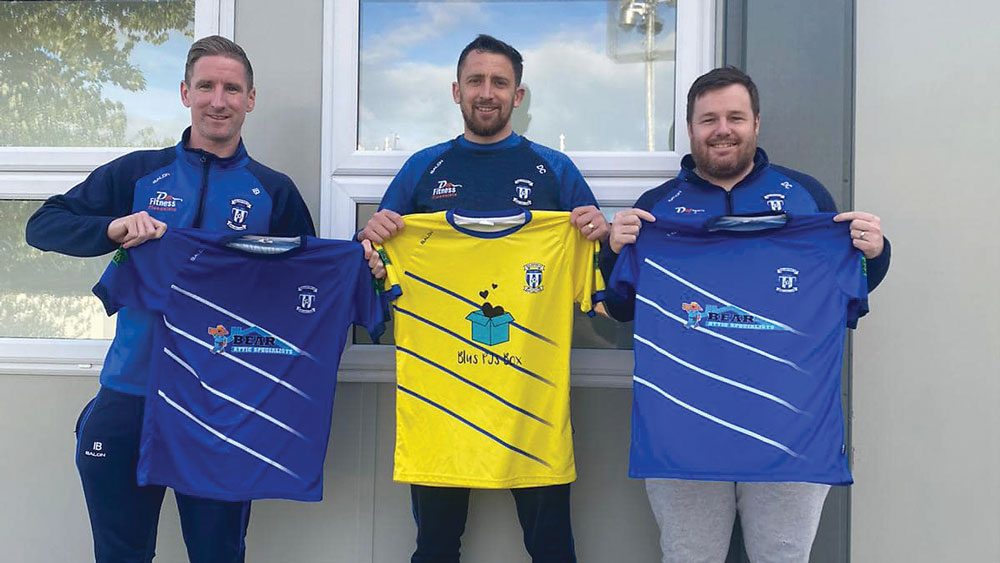 LUKE Fitzpatrick is looking forward to taking up the reins as Collinstown FC first team manager and hopes to lead the Clondalkin side to the top ranks of Leinster Senior League soccer.

The former League of Ireland player, replaces Kevin Carroll who led the side from humble beginnings in Division Three Saturday of the AUL all the way through to the second highest tier of the LSL during his 15 years in charge.

Fitzpatrick, who was a part of that dramatic rise as a player for some four years, will now embark on a journey in management, supported by an equally experienced backroom team of Philip Shepherd (Assistant Manager) and Ian Bermingham (Head Coach).

“We’ve a good set-up there, myself, ‘Sheppy’ and ‘Bermo’,” Fitzpatrick told The Echo.

“We’ve all a lot of League of Ireland experience and just bringing that into the younger group and giving them that bit of confidence, I think we’re going to be fine,” he insisted.

And while he is confident in the backroom team he has in place, Fitzpatrick also believes that the impressive youth structure in Collinstown together with the growth of the club’s stature in recent years can provide the ingredients for continued success.

“If you don’t have youths coming through, it’s hard to keep the senior teams going,” he insisted.

“You can see it there with Collinstown. They’ve over 300 kids in the club, it’s a huge community club.

“All those young lads who have come through from the Under 19s have got a good season under their belt there, so they’ve got that little bit more experience.

“And if I can bring in three or four experienced players on top of that, it will be good.

“We weren’t that far off [promotion to LSL Senior Sunday] this season. I watched a good few games that Collinstown played this year and if you can turn one or two of those draws into wins, they’re not far off that top-three spot.

“When I was there for four seasons, we came up through the leagues, winning leagues and winning Leinster Juniors. It’s all about winning in that club.

“I think, as a club, you have to have that bit about you. Over the years we’ve had players coming from the northside, travelling over to train. If you want to be a top elite team, you’re going to have to have players from all over Dublin.

“It’s great to see that we have that bit of attraction for players because all we want to do is compete at the top level and be competitive.

“If we have the pick of players from all around Dublin, well that’s better for us,” he stressed