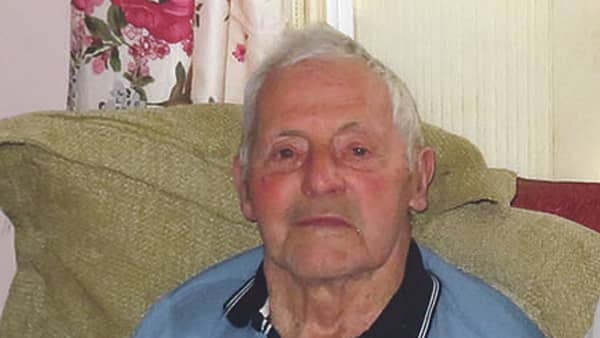 FORMER Chairman of St Anne’s GAA will be remembered as a “passionate sportsman” after he sadly passed, aged 94.

Peter Lawless, a lifelong member of St Anne’s GAA Club, passed away peacefully at Lisheen Nursing Home on May 16.

Peter was born in Old Bawn, Tallaght in 1927 and was the son of Peter and Margaret. He was educated in Firhouse National School, and shortly after moved to Old Court with his family.

Peter was passionate about sports throughout his life, playing Gaelic football for St Anne’s GAA and later becoming chairman of the club in the 1950’s and 1960’s.

Peter’s nephew, Peadar, said that “it was an honour” to his Uncle that he was continually invited back to functions in St Anne’s.

St Anne’s GAA Club shared a touching tribute to Peter online, saying that “he will be greatly missed by all here in St Anne’s”.

“Peter used to compete against trained athletes and professionals. I remember one particular race in the Phoenix Park, there was something like 400 runners and he placed 77th in it, which when you take into account the competition he had, that was a very high placement,” Peadar told The Echo.

“He lived all of his life in and around Tallaght for 94 years. My uncle combined paid employment and business endeavours through life and skills as a gardener which only inspired envy.”

Peter married Maureen in April 1964 and moved to Gibbons Cottage between Jobstown in Tallaght and Saggart on the Blessington Road and he worked in Urney’s Chocolate factory and Glenabbey in Tallaght at various times.

Peadar says he recalls fond memories of enjoying deliveries of left-over pastries and bread to the house that his Uncle had originally got for the pigs that he kept at the cottage.

He was pre-deceased by his daughter Maureen and all his siblings.