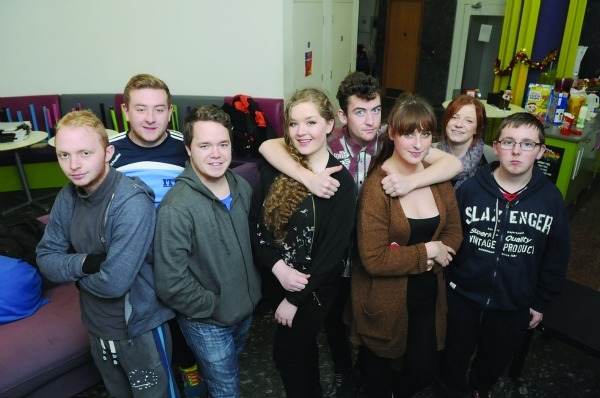 A GROUP of young people from across Tallaght have been taking part in a new initiative to be involved with grant-making for groups within their local community.

The Tallaght YouthBank has been established by Foróige with the support of the Irish Youth Foundation and State Street Bank.

It meets each Monday in the Big Picture, located beside the Tallaght Luas stop, and has recently taken part in a training group for the programme.

As part of the YouthBank, young people (aged between 16 and 21) are given the opportunity to designate grants to support projects design and run by young people, with a value of up to €3,000.

Rita Comerford, Youth Officer with Foróige, told The Echo: “There’s been a good bit of interest from local groups about the programme.

“The group has been meeting for about four weeks now, and the grant is open to all youth groups throughout the local community that have three members or more.

“Those who take part in the YouthBank will also receive a qualification in grant-making, and it’s going well so far.”

Following the completion of the programme, participations will receive a OCN Level 2 qualification in grant-making.

Those interested in taking part in the YouthBank, or groups that could benefit from the YouthBank programme are asked to contact Foróige in the Big Picture, Tallaght at 4516322, 4516161 or 4516538.