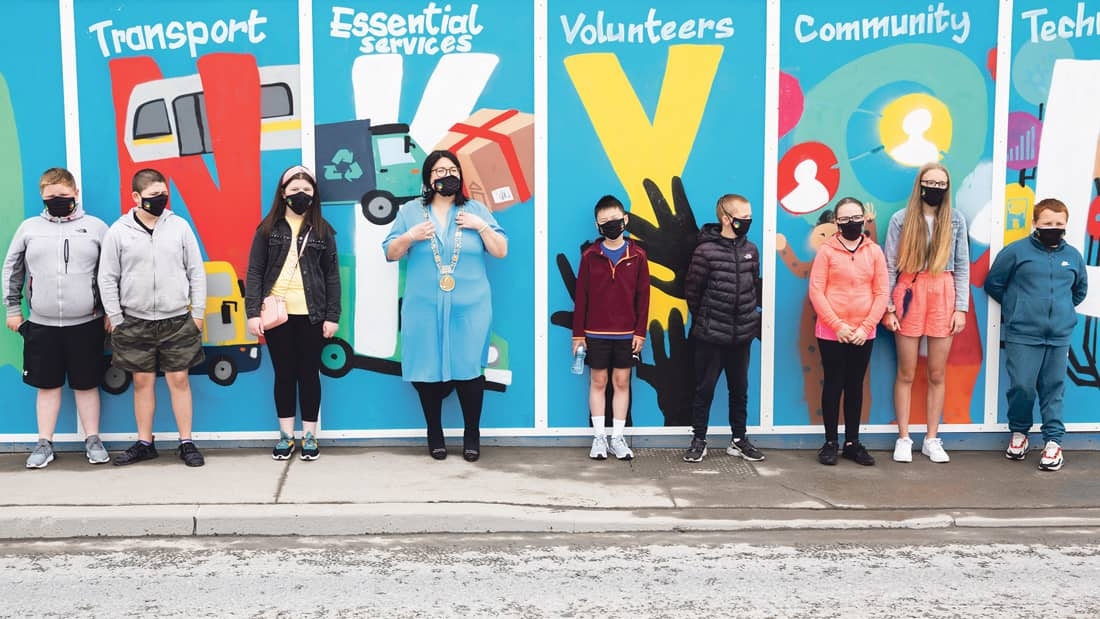 YOUTHS from St John Bosco Youth Centre in Drimnagh recently completed yet another colourful addition to the community, with a mural that praises frontline workers.

The striking 8ft x 32ft mural depicts a broad representation of the country’s front-line services, and is located opposite the Goldenbridge Luas stop on Davitt Road.

Last month, the centre created another mural in Brickfield Park, which was facilitated by local artist Jessica Tobin and depicts the challenges faced by young people during coronavirus.

The latest mural project represents the efforts of 12 young people from the Drimnagh youth centre, who were assisted by Dublin artist Shane Ha.

Holly Burke (12), one of the young people involved in the project, said they wanted to “say thank you to everyone who was so brave during the lockdown and are still working hard to keep us safe and keep our country going.”

“It’s great that our work will be seen by so many people and we hope that all the frontline workers will see it and realise how much they are appreciated,” said Holly.

“The last few months have been very difficult for our country, including our young people who were required to sustain and cope with dramatic changes to their routines and lives.

With this in mind, we are delighted to have provided the opportunity to engage local young people in such a worthwhile and meaningful process.”

Mr Murphy also acknowledged the efforts of the centre’s youth work team in maintaining online engagement with young people during the lockdown period.

NEWER POSTThe Covid Tapes: Comedy through audio
OLDER POSTCountdown for schools to re-open and welcome back their students