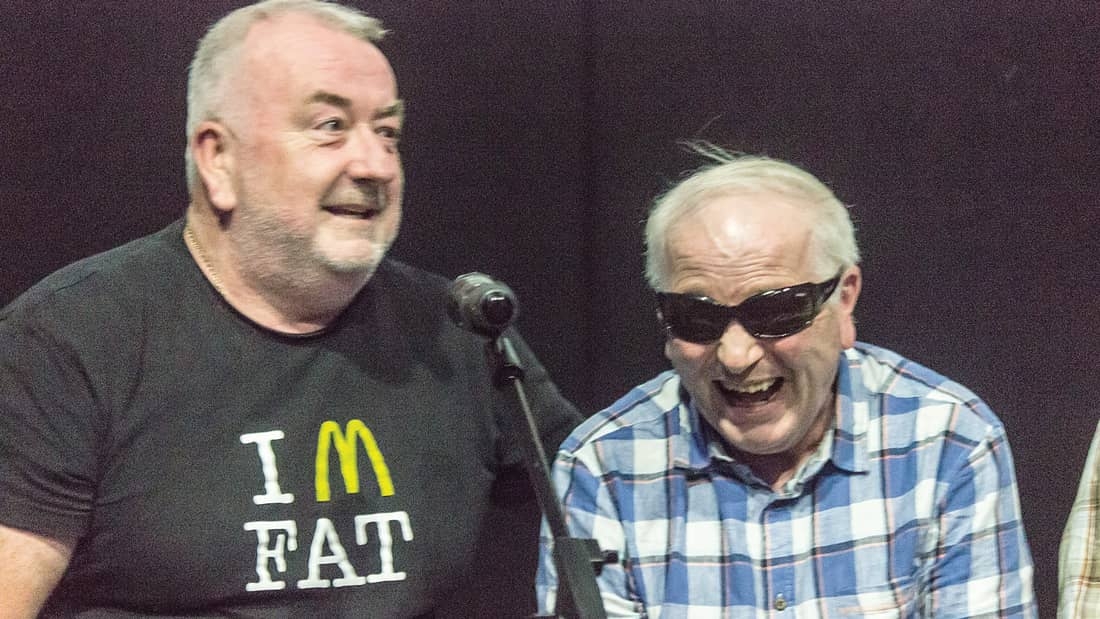 The Covid Tapes: Comedy through audio

The show is unlike previous Sightless Cinema productions as it’s online for streaming.

The studio has been creating and presenting engaging stories for blind and visually impaired people since 2014. Its audio plays are usually presented with surround sound but no images in local cinemas, including the Lighthouse Cinema and IMC Tallaght.

Director-deviser Ciarán Taylor noticed the need for a new system emerging from the pandemic.

“The blind community felt the lockdown and lack of social contact acutely,” he said.

Taylor’s group was keeping in contact through Zoom conference calls when they realised they could improvise dialogue based on their own lockdown experiences.

“Being the people they are, the funny side of phone shopping and no contact delivery for the blind started to emerge,” Taylor said. “And The Covid Tapes were born!”

The first episode, which aired July 16, features a hilariously awkward phone conversation between a straight-talking ‘cocooner’ named Delores, and Paul, a GAA volunteer getting more than he bargained for.

Delores calls the Community Hub in hopes of placing a delicate and urgent shopping order. Poor Paul has to hold it together while she badgers him about the specifications of some much-needed knickers.

Between the filterless retiree and the bumbling, well-meaning volunteer, comedic sparks fly. Listeners can expect to hear plenty more out of the two in the coming weeks.

Taylor does miss interacting with an in-person audience, but the online platform allows Sightless Cinema to reach a much broader audience than they ever could in local cinemas.

“Until we can meet our audience again, it’s a great way to present the production,” Taylor said.

After the initial five episodes, Taylor plans to produce more in the autumn – including some 1970s-era phonecalls. All 15 group members were involved in devising the show, so there will be plenty of fun voices to sustain it.

The skits are recorded over Zoom using actors’ mobile phones and laptops, so Taylor said, “There is a familiar sound quality which adds to the topical authenticity.” He and Gerry Horan of Contact Studio edit the audio for a final product that’s about 10 minutes long.

“The production is great fun, and the authentic Dublin wit shines through,” Taylor said.

It is funded by South Dublin County Council Arts Office. For more info and to hear about future events, contact whitecaneaudiotheatre@gmail.com.