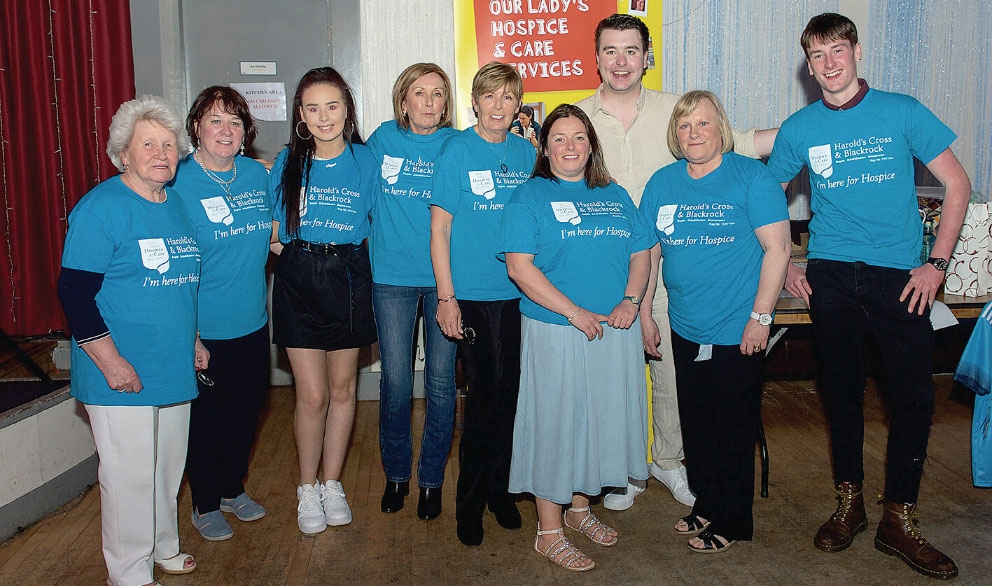 A Fundraiser in memory of Dolores Power, raised €5,500 for Our Lady’s Hospice in Harold’s Cross.

The event took place in St Anne’s GAA Club on Saturday, in memory of Old Court woman Dolores, who spent her final months in the hospice while battling cancer last year.

The event was organised by Dolores’s daughter, Emma Power (33), after she saw the difference that the hospice made to her mother in her final months, before she passed away in September 2018, aged 62.

Speaking about the care her mother received, Emma told The Echo: “We can never thank them enough for what they did for us.

“As soon as she was in the hospice it brought her back to who she was before – full of laughter.

“She was at peace with her passing when she was there.”

A crowd of 250 people attended the event, where they were treated to performances from musicians John and Chris Keeley, while comedian Al Porter – whom Dolores was a big fan of – also made a surprise appearance on the night.

Emma added: “The people at it were amazed at how it was. The whole night people kept saying that [the event] was like my mam – full of laughter and fun.”

A raffle was also held on the night, and a total of €5,500 was raised for St Gabriel’s Ward, the ward that Dolores was cared for in the hospice.

“I was delighted with the money that was raised,” said Emma. “It’s so nice to give back to the hospice.”

When asked how her mother would feel about the fundraiser, Emma said: “I think she would’ve been very proud and happy.”

NEWER POSTTallafest bigger and better!
OLDER POST‘It is truly frightening that asthma deaths are on the rise’