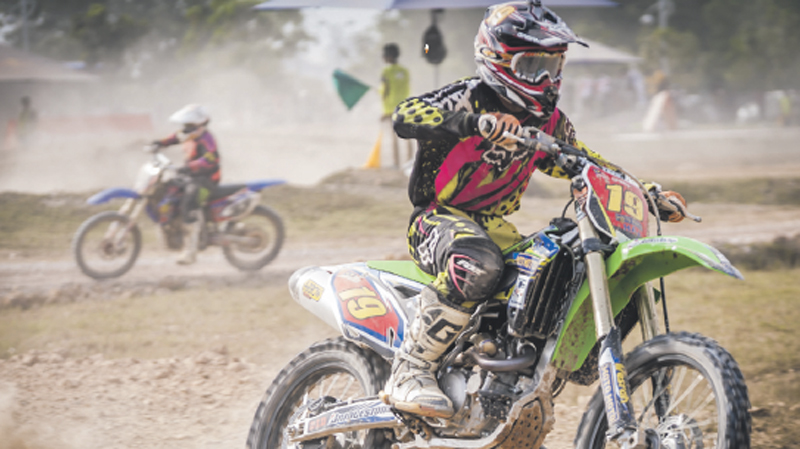 THE GOVERNMENT has announced €200,000 in funding allocated to tackle illegal scramblers and quad bikes, with a project in Cherry Orchard being the main beneficiary.

The funding announcement was made by Minister of State with responsibility for Law Reform and Youth Justice, James Browne TD on December 10. The funding is being provided to eight community-based projects to work with young people involved in the anti-social use of scramblers and quad bikes and related crime.

Welcoming the news, Minister Browne said: “I chair the Anti-Social Behaviour Forum within my department and one of its tasks was to deliver proposals that could be brought to Government around a community-based approach to tackling this problem.

“While tackling the misuse of scramblers and other vehicles by An Garda Síochána is fundamental, it was also highlighted to the Forum that engagement with communities and awareness raising are just as important.”

The programme will encourage young people to engage positively to learn motorcycle skills, including maintenance, combined with relevant educational and personal development activities.

Councillor Daithí Doolan for Ballyfermot-Drimnagh has also welcomed the funding, stating that it is “definitely a step in the right direction”.

“The fund will be targeted at 98 young people currently involved in illegal scramblers use. It is definitely a step in the right direction,” said Cllr Doolan.

“The Government must now ensure this funding remains in place over the next few years. Once-off funding will not properly tackle the problem of illegal scramblers. To be successful the initiative also needs to be linked with effective legislation, increased Garda numbers and training.”

He continued: “Many in these communities have felt abandoned and have lost confidence in the Gardai this is an opportunity to change that. To do so we need long-term funding, legislation that allows Gardai seize illegal scramblers and the Minister must increase Garda numbers to ensure the legislation can be properly enforced. Anything less is just short-term publicity.”