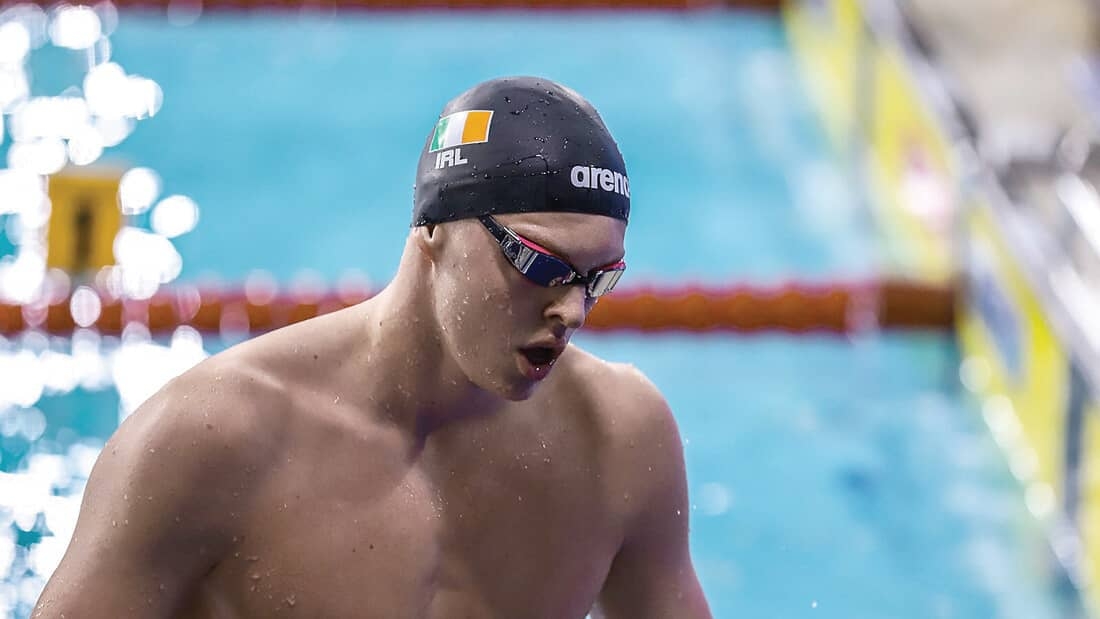 SWIM Ireland have provided their elite competitors with an additional chance to attain the Olympic Games qualification standard with locals Brendan Hyland, Ellen Walshe and Niamh Coyne eager to seize the opportunity.

Olympic Nomination Policy was updated to allow competitors who do not meet the qualification time at the Irish Olympic Trials in April another shot at a nominated meet in June.

Athletes now have several avenues to be nominated to the Irish Team that will travel to Tokyo for the Olympic Games, which are scheduled to take place from July 23 to August 8.

Aside from those who have already met the qualification time, additional athletes can qualify in the individual events at the 2021 Irish Open Championships in April.

Following that, Swim Ireland are hoping to qualify relay teams through the LEN European Championships in Budapest in May.

Individuals will then have the chance to measure themselves against international competitors at the meet in June – which is totally dependent on COVID-19 restrictions and measures at the time.

This means that Tallaght Swim Club and National Centre’s Brendan Hyland will have a fair shake at zeroing in on the standard after coming agonisingly close in 2019.

At the FINA World Swimming Championships in South Korea, Hyland qualified for the semi finals in the 200m Butterfly where he clocked a new PB and Irish record of 1:56.55 that was fractionally outside the standard of 1:56.48 for this year’s Summer Games.

Hyland will also have an eye on the relay competition in May, having competed in the Men’s 4x200m Freestyle and 4x100m Medley in the past

Templeogue swimmer Ellen Walshe will also be hoping to secure her ticket to Tokyo at the events in May and June.

The 19-year-old has been in a rich vein of form this Olympic qualification season having become the first swimmer to break 59 seconds in the 100m Butterfly final, registering a time of 58:81 at the Irish Short Course Championships in 2019.

Youth Olympic silver medallist in 2018, Niamh Coyne has solidified herself as an elite competitor in the breaststroke, having recently cleaned up in the 50m, 100m and 200m at the Irish Winter meet.

The Tallaght Swim Club and National Centre competitor also shone at the Irish Short Course Championships in 2019 when she crashed through the 200m Breaststroke record set by 2016 Olympian Fiona Doyle in a time of 2:23.64.

The recent news that the Dave McCullagh International meet was being postponed due to coronavirus concerns came as a set-back for swimmers.

Yet unsurprising as the government announced the extension of Level Five restrictions until March 5, the move by Swim Ireland means athletes will have less time in the water ahead of qualification opportun-ities later in the year.

Due to take place in February, the McCullagh meet’s postponement turns all eyes to the Olympic trials in the National Aquatic Centre in April.