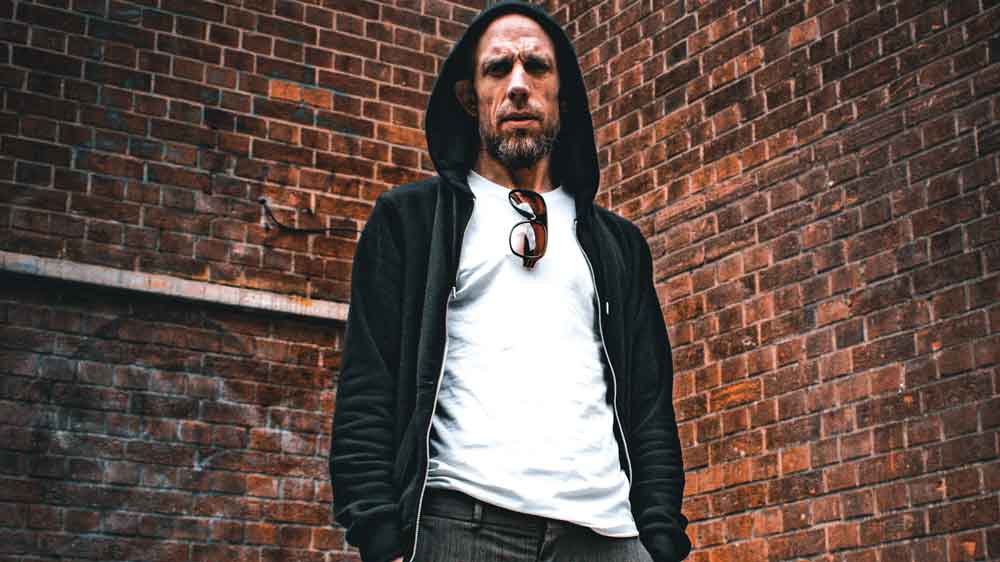 DAVID Griffin, better known as Griff, is a seasoned indie musician who is embarking on a new solo project called Gaolbyrd.

Griff, who grew up in Seskin View in Tallaght and attended Firhouse Community College, is also well known as a founder of the popular Blessington-based Knockanstockan Music Festival.

The talented musician is gearing up for a productive few months, having recently launched his solo project and reformed his band, New Secret Weapon, after a four-year hiatus.

Griff told The Echo about his experience of recording with legendary music producer Steve Albini, the genesis of Knockanstockan, and how being a solo musician compares to being in a band.

You were a chorister in St Mary’s Priory in Tallaght when you were a child, what was that experience like for you?

I was a boy chorister under Father Thomas Mc Carthy, Ireland’s envoy for the Pope and a multi-instrumentalist composer, musical director and conductor.

Through him and our endeavours with the Tallaght Boys’ Choir we got to sing with the Dublin Grand Opera Society on multiple occasions and in top venues.

I also had the opportunity to study under Colm Mawlby, who in turn studied under Benjamin Britten – one of the world’s finest choral arrangers and composers of the twentieth century who became, by fluke, one of my greatest heroes and inspirations later in my life.

Can you tell me a bit about how the first band you were in came to be?

I was on the road for four years playing trad and rock’n’roll covers in Europe.

When I came back in the early 2000s, I found Dublin to be overwhelmingly abundant with original music, so I set about applying for a music and production performance higher diploma in Ballyfermot College of Further Education.

During this time, I helped my best mate, Robbie Coventry, build a studio while we formed our first band, The Fear Brothers, we just needed somewhere to jam so we decided to just build it.

You’re a founder of Knockanstockan Festival in Blessington, how did your idea for the festival come about?

One of the bands I was in, The Mongrels, with two other good pals from Tallaght, Peter Keogh and Enda Reilly, endeavoured to put on a weekly open mic/band pandemonium carnival, late-night gig, with sometimes up to 20 acts over three floors.

It led to Peter Keogh and his other half at the time, Ciara, [working together with all of us] and along with a bit of grit and determination from all of us the first Knockanstockan came into being in 2007.

You recently reformed your band New Secret Weapon after a four-year hiatus, what does it mean, to you, to get the band back together again?

Absolutely everything! We’ve just gotten back up on the horse and are looking forward to a high octane 2023.

You also have a new solo project called Gaolbyrd, why did you decide to set up a solo project?

I have always had a solo project on the go, but the lockdown granted me the opportunity to bring to fruition and execute some of the plethora of material that’s been going around in my head for 20 years.

Is there anything that, as a musician, you can get out of a solo project that you can’t get in a band?

The ability to explore the genre-bending, free-form approach to songwriting, and also just the pure volume of content.

I wanted to show my softer, stranger self as well as how far boundaries can be pushed as an artist.

What’s been your best experience as a musician so far?

Without a shadow of a doubt there are at least two top experiences. One was working with music producer Steve Albini while getting to hockey around Chicago with my two best mates while playing shows and finishing New Secret Weapon’s second album, which we had begun work on in Studio La Fabric in Marseilles France.

This body of work is yet to be released. The second was getting to open for Dublin’s (and probably Ireland’s) hottest outfit at the moment, our neighbours from Perrystown, The Scratch, in Dublin’s famous Olympia theatre.

Both occasions were the stuff of dreams. Where can people go to find out more about your music?

I have literally just launched Gaolbyrd so I am taking it slow with two tracks available on Bandcamp and two videos on YouTube.

It’s a slow and steady start with purpose, and a ridiculous amount more to come with Gaolbyrd’s release plan in place as well as New Secret Weapon’s plans. 2023 will be a busy year, with a bit of luck.