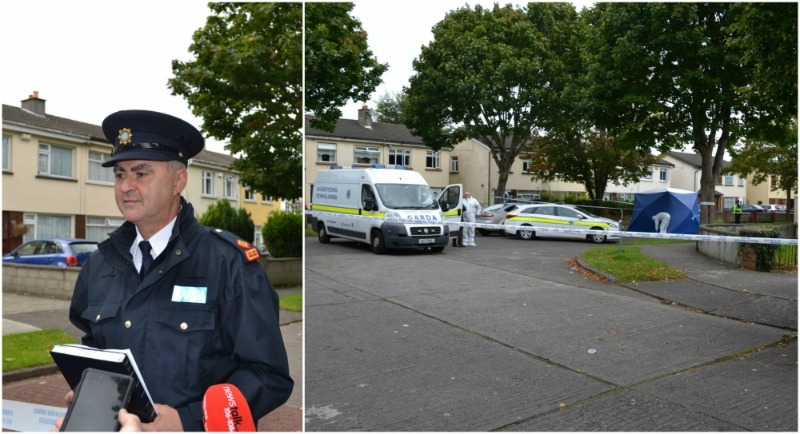 GARDAI are appealing for information on a large saloon car, which was used as the getaway vehicle in the murder of Darragh Nugent on Monday night in Clondalkin.

Mr Nugent (36), a father of three, was hit five times when a gunman opened fire in his home at Wheatfield Avenue at approximately 9pm to 9.30pm.

It is understood that there was a confrontation on the street prior to the callous hit - believed to be linked to a local drug feud, and not related to the Kinahan- Hutch gangland war.

Mr Nugent was treated by paramedics but died some time later at the scene.

Speaking at a press briefing this morning, Superintendent Dermot Mann, from Lucan Garda Station, said they were appealing for people who were in the area at the time to help them with their investigation.

“Immediately after the shooting, a car fled from Wheatfield Avenue onto Collinstown Road, from there on we are unsure where that car went,” said Supt Mann.

The car is understood to be a large saloon or BMW, and an old vehicle.

“The direction of the car is unknow at this stage, but it is very important to the investigation, and we are appealing to the public, taxi men, delivery men, or indeed last night was a nice dry night so poeple may have been out walking their dogs or whatever.”

Gardai were going door-to-door in homes in the Wheatfield area at the time of the press briefing.

The body of Mr Nugent, remained covered as State pathologists carried out their examination, but was subsequently taken away by an ambulance at approximately 11.45am.

Potentially, gardai could be looking for up to three suspects, including the shooter and a getaway driver.

Supt Mann said gardai had no immediate concerns about retaliation, but procedures were in place to manage the situation.

Mr Nugent was known to gardaí and was on bail for gun offences.

He spent time in prison and was on bail for firearms offences after he was chased by gardaí last February and caught with a handgun and ammunition.

Sinn Féin Councillor Jonathan Graham said the mood in the area was one of “disbelief and shock.”

“I’d like to express my condolences to the family. There are a lot of young families in the estate, and a lot of parents will be trying to explain to their kids what happened,” said Cllr Graham.

An incident room has been established in Lucan Garda Station.

Anyone with information is encouraged to contact Lucan Garda Station at 6667300.