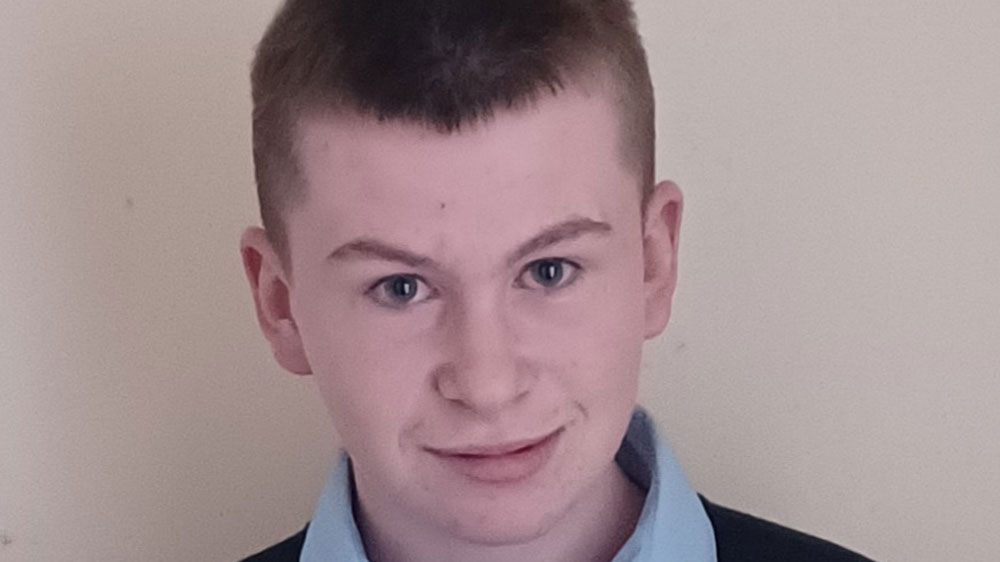 Jamie Clarke is known to frequent the Tallaght area (Image: An Garda Siochana)

*UPDATE: Gardai have confirmed that Jamie Clarke has been located safe and well.

GARDAI are seeking the public’s assistance in tracing the whereabouts of a 15-year-old boy missing from Dun Laoghaire, and who is known to frequent the Tallaght area.

According to a Garda appeal issued, Jamie Clarke has been missing from the Dun Laoghaire area since November 6, 2022.

Jamie is described as being approximately 5 foot 8 inches in height with a thin build, shaved black hair and green eyes.

Jamie was last seen in the O’Connell Street area of Dublin city at around 4am on Monday, November 7, wearing a black Canada Goose jacket.

Garda said that Jamie is known to frequent the O’Connell Street, Dominick Street and Tallaght areas of Dublin.

Anyone with information on Jamie’s whereabouts is asked to contact Dun Laoghaire Garda Station on 01 6665000, the Garda Confidential Line on 1800 666 111, or any Garda Station.