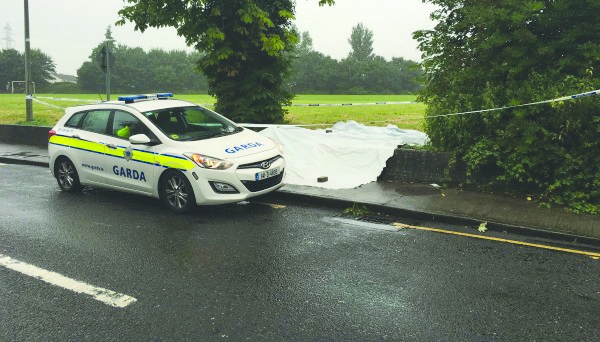 Gardai and Crimestoppers have launched an appeal for information on a violent sexual assault involving three men that took place in Clondalkin last year.

On July 28, 2016 a young woman was walking with her bicycle on the Lucan Newlands Road towards Fonthill Road at around 3.05am when she was attacked and dragged into a secluded areas and subjected to a violent sexual assault.

Three men were involved in the attack, which lasted up to 15 minutes.

According to gardai, it is likely that the males involved were in the area for some time beforehand.

Crimestoppers and the Gardai are keen to hear from anyone who was in the area between 1am and 3.30am on July 28, 2016.

They also want to hear from individuals who may have any information in relation to the incident.

Detective Inspector Mark O’Neill at Lucan Garda Station said on Monday: “We are appealing to the public to come forward with any information on who they saw in the area around Lucan Newlands Road in the early morning of Thursday, July 28, 2016.

“Did anyone see the three males or see any suspicious activity in the area on that night?”

He said: “The local community was very helpful to our investigation when this crime was first reported.

“We are now asking people to come forward with any information at all they have. Even the smallest piece of information, which may seem insignificant, might help with the investigation.

“It is important for the safety of the community that we identify and bring these individuals to justice.”

Member of the public can give the information, without identifying themselves, by calling Crimestoppers on 1800 25 00 25.