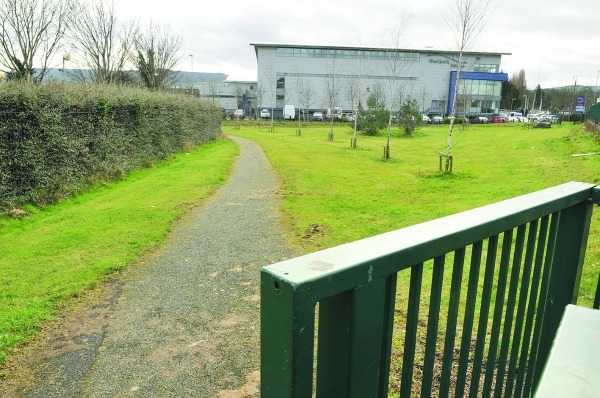 A TEENAGER has been questioned by gardaí in relation to a sexually motivated attack on a 33-year-old woman in Tallaght last week, The Echo has learned.

As reported online by The Echo, a woman was walking through Bancroft Park, which lies off the Greenhills Road, at around 8.40am on Thursday, February 25, when a lone male approached her from behind, knocking her to the ground.

The young attacker, who the victim described as being in his mid-teens, allegedly pinned the woman to the ground and forcibly kissed her.

Speaking to The Echo after the attack, the woman, who wishes to remain anonymous, said: “He started kissing me but I put up a struggle and hit him with my phone a few times.

“I managed to fight him off and when he stood up and started to run away, I noticed that his trousers were down.”

The woman, who was on her way to a dentist appointment when approached, added: “I’m totally shaken up by this, I walk everywhere on my own – you never think something like this will happen to you, especially in the morning.

“I put a warning up on Facebook and also spoke with The Echo because I think people need to be aware that this happened in a local park.

“I’d be worried if a younger person was targeted, and in this park, at this time of the morning, there are children going to school, people walking to work and others out walking their dogs.”

The woman, who received a cut to her lip during the struggle which she got examined in Tallaght Hospital, managed to get a photograph of her attacker as he fled the scene – an image which was used by investigating officers to help identify the teen.

Gardaí also used CCTV, the woman’s description of her attacker and information on file to pick up the young suspect.

A senior Garda officer told The Echo: “A juvenile has been questioned by gardaí in relation to the incident and he has been released pending a file to the Juvenile Liaison Office.

“Depending on the Juvenile Office’s decision, the file may be forwarded to the DPP.”

On hearing that the teenager, who is from the Tallaght area, was released, the female victim said: “I have to say fair play to gardaí at Tallaght for everything they have done and I’m so glad that he was caught.

“However, I am quite nervous over the fact that he was released and is still out there.

“I understand that there is a different process for minors but I would be nervous that he would do it again.

“However, I know that from speaking out that a lot of people are aware of what happened and will hopefully keep their wits about them.”