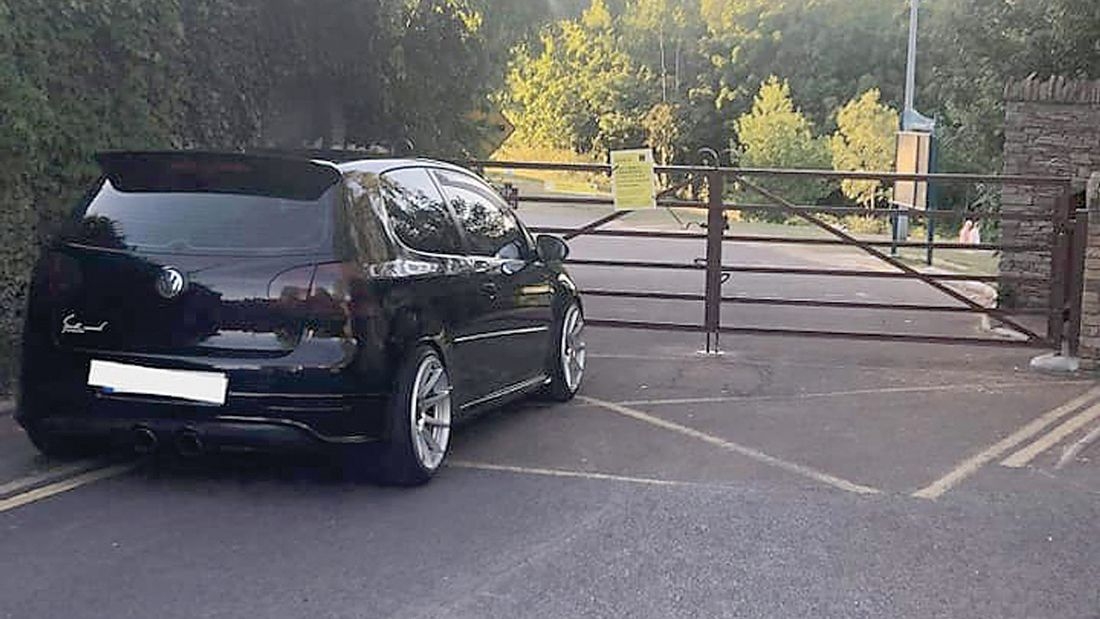 The park has, according to a number of local residents, become a victim of it’s own success.

Just one of many cars parked illegally outside Waterstown Park

During the recent Bank Holiday, there was a significant increase of visitors abandoning their cars on Waterstown Avenue, according to Cllr Alan Hayes (Ind).

“Visitors were parking on double yellow lines, blocking the emergency gate into the park and preventing some residents from using their own driveways,” he said.

“It compromised pedestrian safety and access, resulting in many local people turning around and going home because it just wasn’t safe to walk to the park.

“The park has been rejuvenated in recent years by South Dublin County Council who have eradicated the presence of stolen cars, scramblers and quads, installed a playground and playtrail, a dog run and a soon to be finalised native tree trail.”

Cllr Hayes, who runs Palmerstown Neighbourhood Watch, has pleaded with visitors to be mindful and urges South Dublin County Council to prepare a traffic plan for the area.

“The issue of cars on Waterstown Avenue is not new, due to the free on street parking,” he said.

“It is used by some local business staff and by commuters who drive here to park for free and then take a bus to town.

It’s time for the council to prepare an overall traffic plan for Palmerstown to help address the problems in a way that doesn’t just push it to another part of the community.”