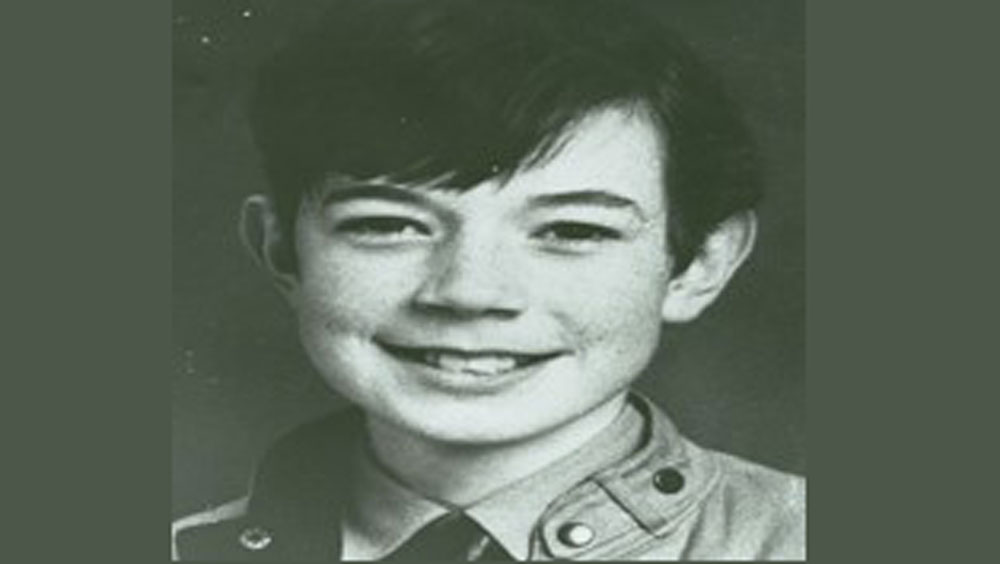 ON the 35th anniversary of his disappearance, Gardaí are renewing their appeal to the public for information about Philip Cairns who went missing from Rathfarnham.

On the afternoon of October 23, 1986, Philip Cairns disappeared as he walked back to his school, Cólaiste Éanna in Ballyroan.

Philip had left his school at around 12.50pm and walked a short distance to his home at Ballyroan Road in Rathfarnham. At 1.30pm, Philip left his home to return to school, and that is the last time his family ever saw Philip.

Despite a lengthy Garda investigation over the years, Philip has never been found. Six days after his disappearance, Philip’s schoolbag was found in a laneway near the school and some of his books were missing from the bag.

Today marks 35 years since his disappearance, and Gardaí are once again appealing to the public to come forward if they have any information regarding Philip’s disappearance or his school bag.

Philip was described as 5’2” in height, with short black hair. When last seen he was wearing his Coláiste Éanna school uniform, a grey jacket with black shoulder corners, grey school trousers, grey shirt and school pullover.

In a statement, Gardaí said: “There may be persons who may have information in relation to Philips’ disappearance or Philip’s school bag and for whatever reason did not come forward.

“Following the passage of time and changing circumstances these people may now be in a position to assist us.

“There may be persons, who were young at the time of Philips’ disappearance and not in a position to provide An Garda Síochána with information, who may now be able to come forward.

“An Garda Síochána want to reassure anyone who comes forward that they will be treated sensitively and discreetly by investigating Gardaí, Even the smallest piece of information, which may seem insignificant, may assist the investigation.”