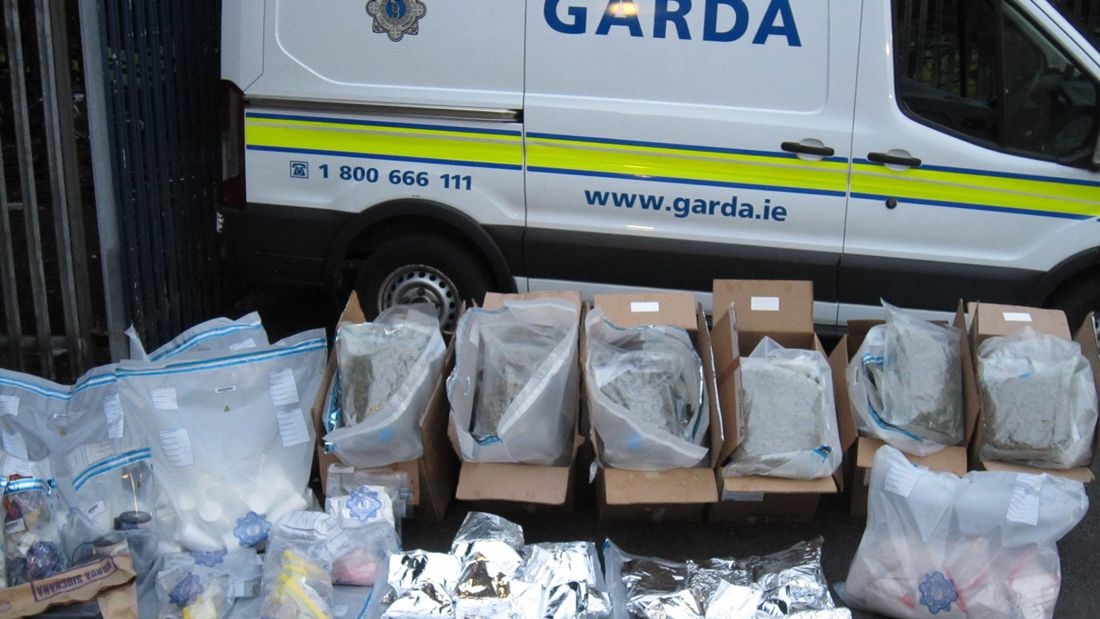 GARDAI have seized €2.5 million worth of drugs including MDMA, cannabis and ecstasy following the search of a residence in the Kingswood area of Dublin 22 on Thursday.

Acting on intelligence as part of ongoing investigations related to Operation Tara, Gardaí from the Dublin Metropolitan Region West Divisional Drugs Unit based at Ronanstown Garda Station carried out a search of a residence in the Kingswood

The drugs seized by Gardai in Kingswood (Image: An Garda Síochána)

All drugs seized are subject to analysis.

A full investigation has been launched. No arrests have been made to date.

Chief Superintendent Finbarr Murphy of Dublin West Division has said this is another example of the impact of Operation Tara on drug dealing.

“We will continue to detect and aggressively disrupt illegal drug dealing at all levels in order to protect our communities from the ravages of drugs. I will continue to increase the allocation of resources to meet this challenge”.